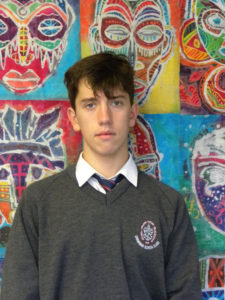 Swimming Club 3K swim race on Glencar Lake just before returning to school. Killian has represented SGS in swimming in the past and is a dedicated member of Sligo Swim Club. He trains 5 days a week and has been a consistent competitor in races around the country. During the pandemic he found himself unable to train in the pool, so, he took to sea swimming and lake swimming instead. The “Swimming with Sheila” group provided an opportunity to continue swimming during Lockdown. The club, run by Sheila Ryan, organises safe swimming routes both on the sea and lake, and was ideal for Killian to keep training.

Now that he’s back in the pool he still swims in both lake and sea. Killian also teaches swimming with County Sligo Swimming Club. He is looking forward to competing again as we get back to  normality. Good luck Killian! 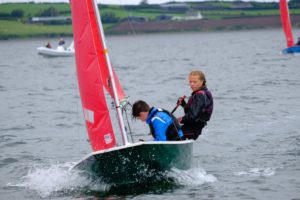 Well done to SGS students Jessica Greer (TY) and Mark Greer (3rd yr) who were the overall winners of the Mirror Dinghy National Sailing Championship held at Sligo Yacht Club between the 20th and 22nd August. The three day event was sailed under a variety of weather conditions, but the Greers prevailed to become National Champions in this event. Congratulations and well done on this great achievement!

SAILING SUCCESS!
Well done to Grammar School students Jessica and Mark Greer who won the Mirror Western Sailing Championship which is an open event to sailors from around the country. There were varied winds over the weekend and a total of six races which gave all the sailors a challenge. The event was held in Lough Ree Yacht Club over the weekend of 29th/30th August 2020. It was a great achievement and congratulations to the Greer siblings. 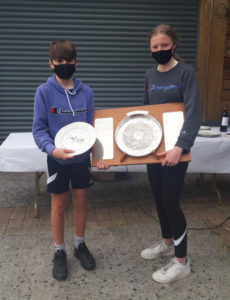 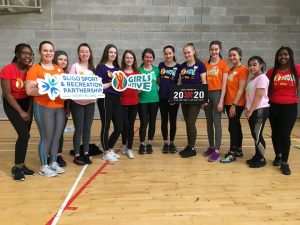 Girls Active is a programme specially designed for teenage girls to encourage them to get involved in sports and activity. The project is funded by Sligo Sports Partnership. Sligo Grammar School has run a Girls Active programme for the last number of years. The girls only group meets on a weekly basis and this year they undertake a gym session together every Monday. On Thursday 5th March the group attended the Girls Active Festival at Sligo IT. Over 200 girls from participating schools took part in a fun filled activity day. The SGS girls met groups from all around the region and enjoyed the whole experience. Many thanks to Mr Cradock for all his encouragement. 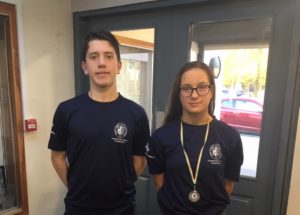 Well done to 2nd year students Anna O’Connor and Killian Langton who represented the school during the October break at the Connacht Senior School Swimming Championships.
Both swimmers did the school proud against tough competition from across all the schools in Connacht, with Killian taking bronze place in the 400m freestyle and Anna taking silver in the 100m freestyle. Anna will now represent the school at the National Senior School Championships in April 2020. Both swimmers achieved Personal Bests in their other swims.

SAILING HEROES 2018
On the weekend of 29th September the school sailing team competed in the 2018 All-Ireland Inter-Schools Sailing Competition. In their category, the Inter-Schools Mixed Fleet Competition, Sligo Grammar School came 5th from a total of 47 entries. Conditions were tough on the day and our students did a fantastic job of representing the school. The team of Holly White (TY), Jack Draper (1st yr), Ross Clarke (2nd Yr), Isaac Marsden (1st yr), Ben Millar (TY) and Gus Bamber (TY) represents almost all year groups, and we congratulate them for their hard work and dedication. 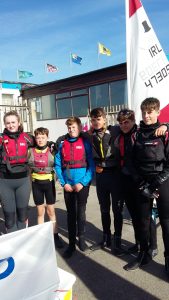 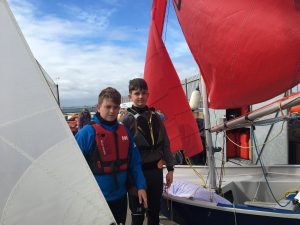 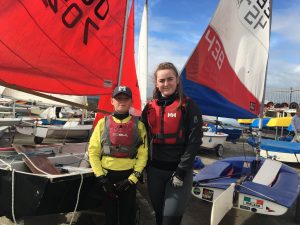 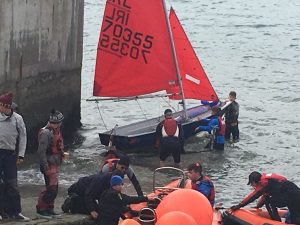 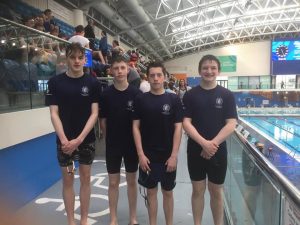 On Sunday April 14th Oisín Kehoe, Gus Bamber, Killian Langton and Arann Platt represented Sligo Grammar School in the National Senior Schools Swimming relays. The competition was held in the University of Limerick. The SGS team finished a very creditable 4th in the Intermediate Medley Relay and 6th in the Intermediate Freestyle Relay. Well done to the boys on their performance and fair dues for representing their school during the holidays!

On Saturday and Sunday 17th and 18th September Sligo Grammar 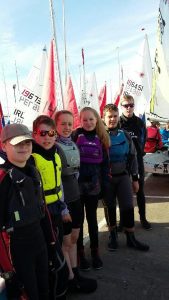 School took part in the 41st All Ireland Inter-Schools Sailing Event at Sutton Dinghy Club, Dublin.  The two day event attracted 32 schools from around the country with 107 boats taking part.  The Sligo Grammar School team was drawn from across the school and the team members were Sarah White, Imogen Wray, Gus Bamber, Matthew White, Samuel Wray and Max Van Der Grijn. After two races on day 1 of the event, Sligo Grammar School was positioned in third place, but despite the light wind conditions on day two, the Sligo Grammar School team remained focused and sailed skilfully to finish in 2nd place overall.

The All-Ireland Inter-Schools Sailing Regatta was the culmination of a successful summer of sailing for the members of the team. Well done to our sailors on their well-deserved prize!

Sixth Year student, Sarah White has been sailing since age 10 and this summer she saw all that hard work come to fruition. Sarah emerged as winner in the National Mirror Championships in the National Finals in Sutton at the end of the summer. Not only that, but she was crowned Ladies European Champion at Crosshaven and in the Northern Mirror Championship she achieved second place. In all these competitions she was on the helm, in command of the boat. Sailing is a team sport and Sarah also crewed on the boat that came first in the O”Dowd Cup. Sarah’s brother, Matthew, also sails, and won the Silver Fleet Nationals this summer. 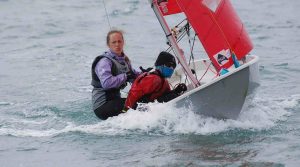 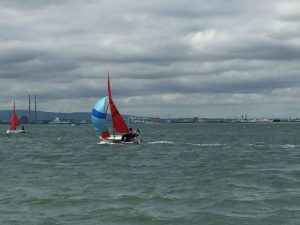 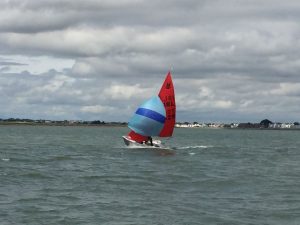 One of the fitness teachers at Sligo Grammar School takes the Senior Rugby Squad some lunch times and one day after school to do weight training to improve their strength and fitness. This takes place in one of the school all-purpose hall where there is an excellent range of equipment.