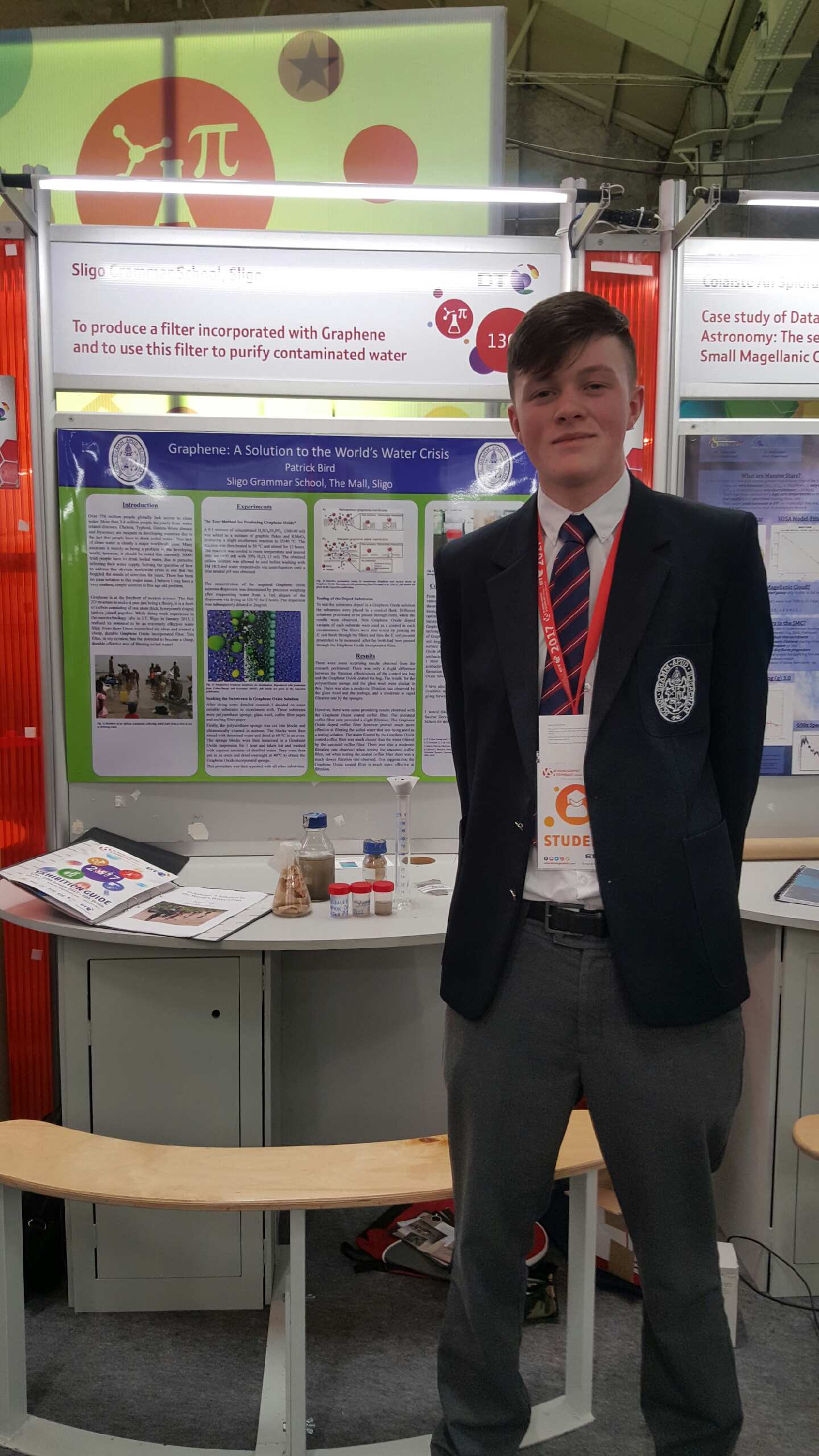 Many congratulations to Paddy Bird (5th yr.) who was chosen to compete in this years BT Young Scientist & Technology Exhibition at the RDS in Dublin. In the finals of the competition Paddy emerged with a fantastic third place overall in the senior individual category of his group – the Chemical, Physical and Technology Category. His project was to develop and produce a special filter incorporated with graphene to be used to purify contaminated water. The idea has great potential for use in countries around the world where water contamination is  a serious issue. Paddy is hoping to further develop his idea – and maybe make a real contribution to humanity! Many thanks to Paddy’s science teacher,  Ms. Tiernan, for all her help and encouragement. Paddy’s success is a reflection of Sligo Grammar School’s  busy and productive science department. Earlier in the year nine students participated in the Annual Regional ISTA Science Quiz held in Sligo IT, with one of our teams coming third, and later this term senior science  students will attend Maynooth University for a day of workshops in their laboratories. During Science Week our students were invited to solve some science problems which were posted around the school. See photos and Science quizzes on our Science page.