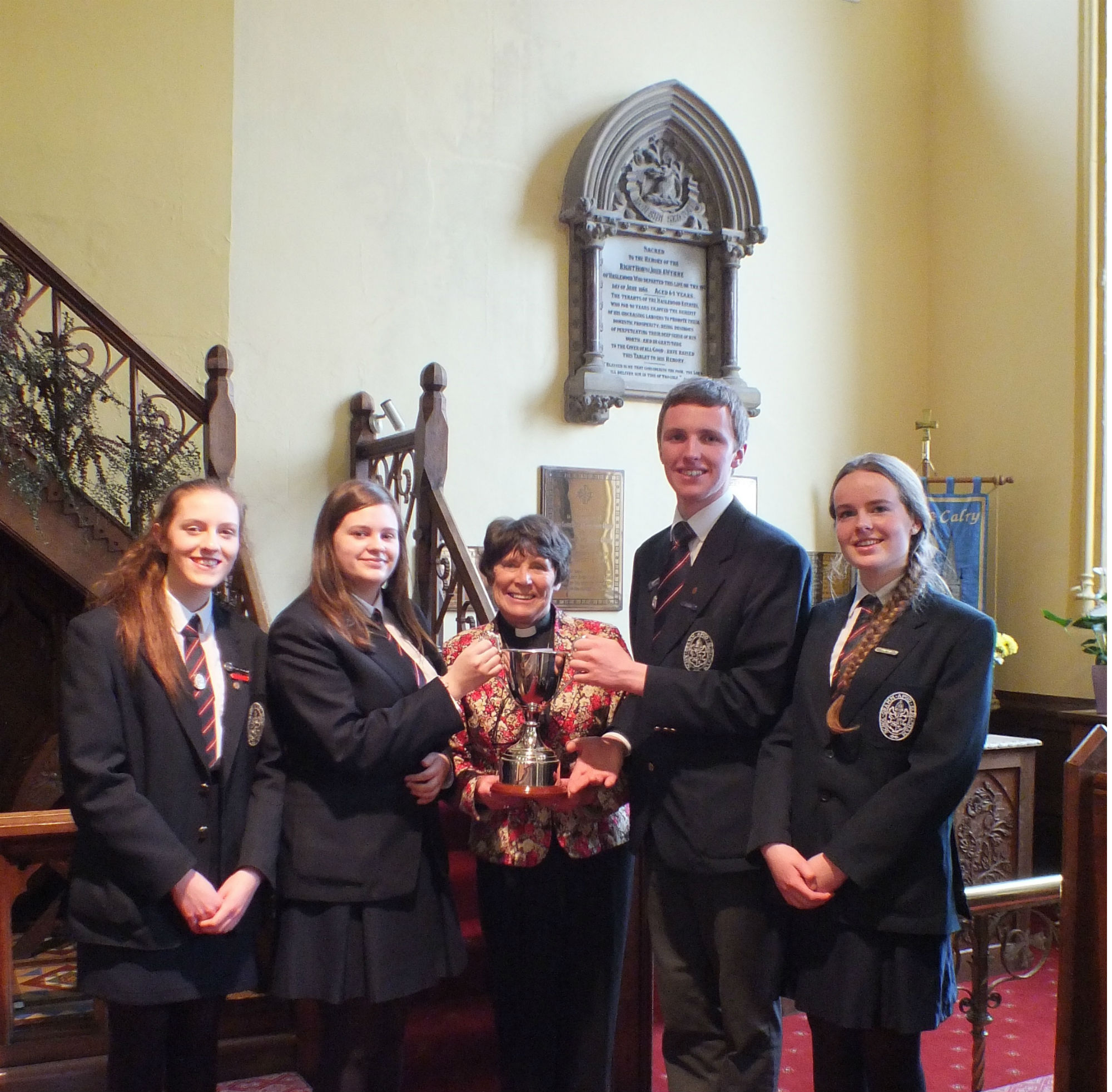 Winners of the Bedell Cup

On Friday 28th October students from 6th year were formally presented with the Bedell Cup – Corn Bedell – by Rev. Canon  Doris Clements. The Bedell Competition aims to encourage the use of Irish in Church of Ireland Secondary Schools  and in 2016 Sligo Grammar School were the National Winners of the Cup. The students, who were in 5th year at the time, organised and ran an extremely successful Seachtain na Gaeilge in the school. They organised events throughout the week in March, including Dáta Dall – blind Date as gaeilge,  a Céilí Mór, a lunchtime Seisiín agus Puc Fada.  This winning project was highly praised by Canon Clements at the Sligo Grammar School Prize Day when she presented the cup to the students.  Canon Doris Clements is pictured here with members of the Seachtain na Gaeilge team, Sara Bourke, Leah Wasson, Andrew Wood-Martin and Rachel Carter.