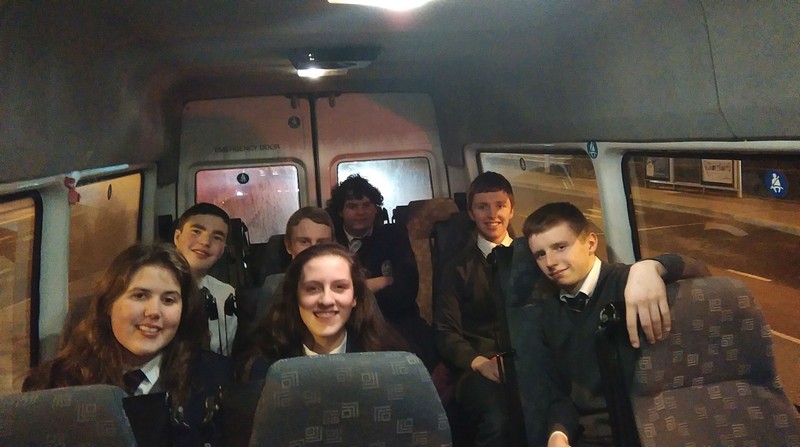 Sligo Grammar School debaters travelled to NUI Galway last Wednesday, 10th February to take part in the semi-finals of the West of Ireland Debates. Although all five teams had qualified for the semi-finals, TY students could not attend as they were away on work experience. It fell to the three fifth year teams to represent the school. The two-person teams were Rowan Kelleher and Jude Perry, Niamh Kilroy and Sara Bourke and Russell Nairn and Andrew Wood-Martin.  We also had an individual speaker competing in the individual category, Cameron Hill.  The motion for debate was“THBT (This House Believes That) cities with significant immigrant populations should actively break up ethnic neighbourhoods”. All three teams and the individual speaker are through to the Connacht finals which will be held in NUIG on Friday March 11th. The motion will be issued the week before the debate.

The West of Ireland Debating competition is in the Parliamentary style ,  and is a very challenging but exciting style. The students have to be able to speak freely on the motion and a considerable degree of confidence is needed. The students really enjoy the debates and find them more interesting than the more formal style of  other competitions.