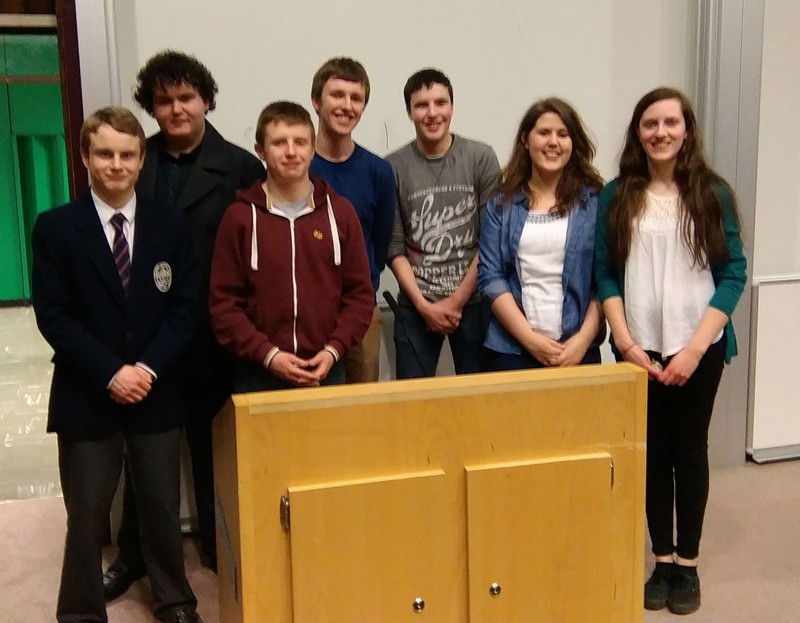 On Friday 11th March Sligo Grammar School’s fifth year debaters competed in the Connacht finals of the  West of Ireland Debates in NUIG Galway. There were three teams competing and one competitor in the individual section, and the school came away with second place in both the team and individual categories! All students debated very well and were given excellent adjudications and were strongly encouraged to enter again next year.  The team that were awarded second place just missed winning by the barest of margins. Our teams were:  Niamh Kilroy and Sara Bourke;  Rowan Kelleher and Jude Perry; Andrew Wood-Martin and Russell Nairn.  Cameron Hill also competed in the Individual Speaker category.  Second place in the team category was awarded to Andrew and Russell and Sara Bourke was awarded second place in the Individual Speaker category.  The experience of competing in this competition was a wonderful one for all the students and hopefully they will be able to enter again next year.