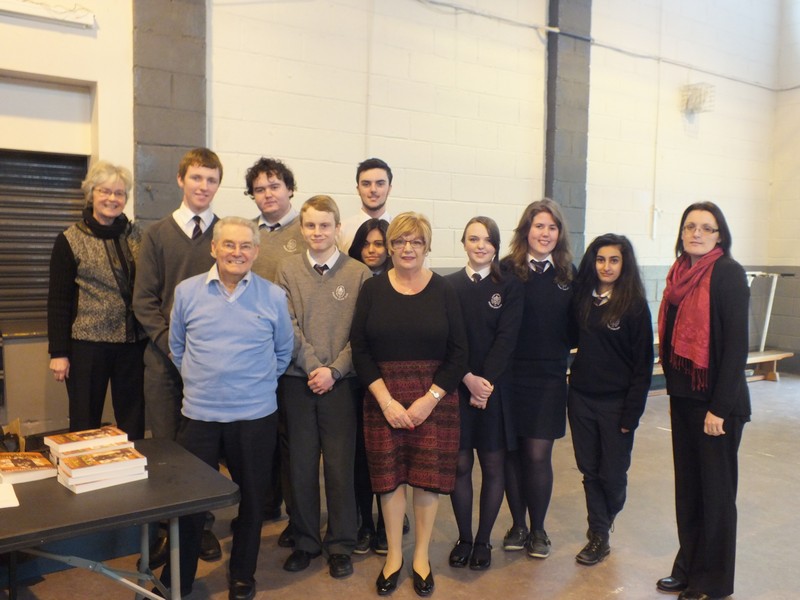 On Monday last, we were delighted to have holocaust survivor Tomi Reichental in to talk to our 3rd, 4th and 5th year history students.

Tommi and his family were captured and sent to the Bergen-Belsen concentration camp in 1944. They were kept here until the camp was liberated in 1945. 35 members of Tomi’s family perished during this time with only him, his mother, his aunt and cousin coming out alive.

Tomi moved to Ireland in 1959 and has lived here since. Tommi travels the country and has talked to an estimated 90,000 young people in Ireland. This was Tomi’s 3rd visit to the school.

Signed books were available to all students who attended the talk.