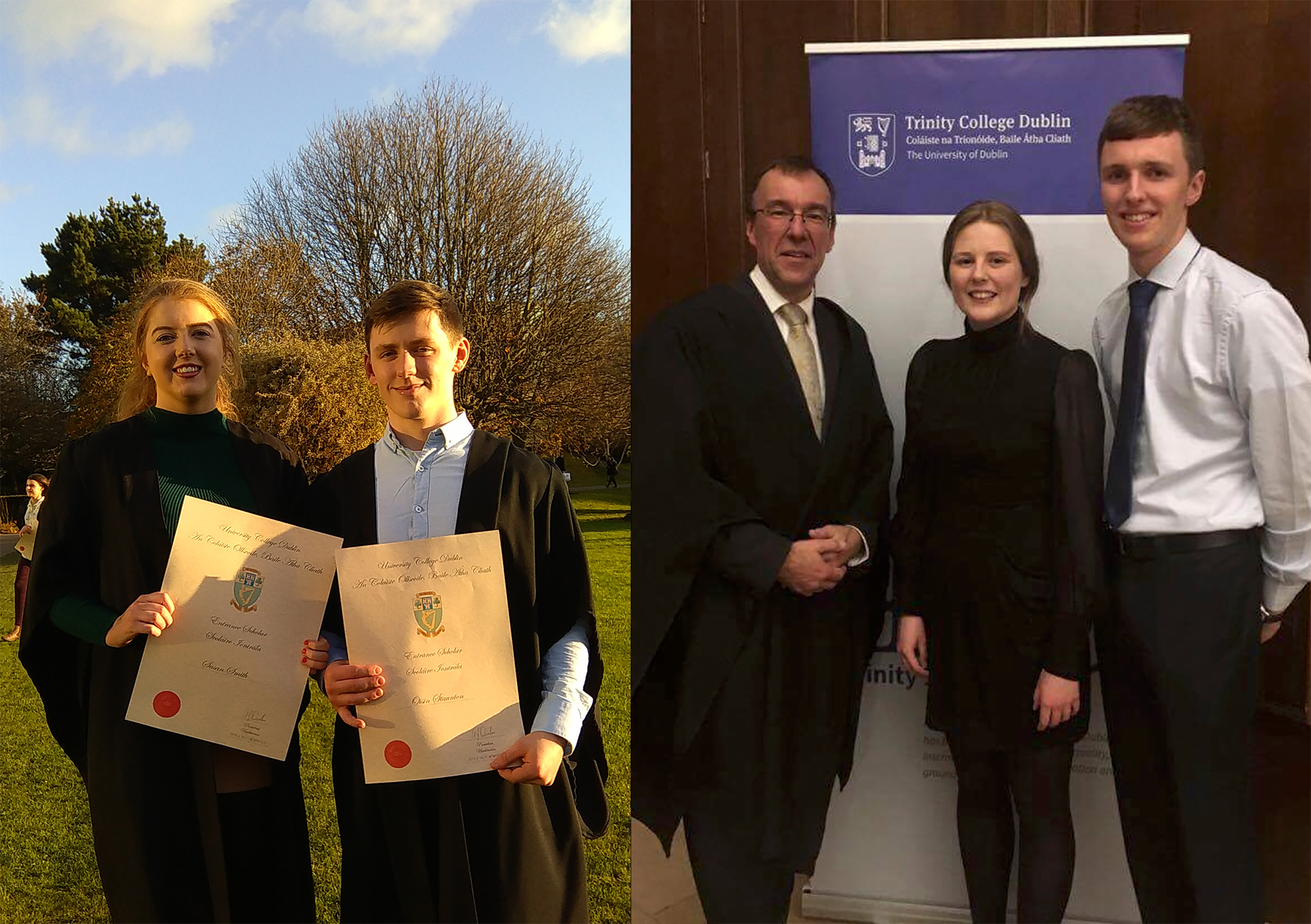 Congratulations to five of the students of 2017 who were honoured by their universities for the high points they scored in this year’s Leaving Certificate exams. Melissa Cryan, Enola Barvaeva and Andrew Wood-Martin were hailed as scholars at the Trinity College Entrance Exhibition while Sue Smith and Oisín Staunton were named scholars of UCD. The points these students were awarded in the State Exams put them among the top academic achievers in Ireland in 2017.

When it came to third level places, a huge 64% of the students were offered University places both at home and abroad. Others were offered places in Institutes of Technology; some are doing PLC courses while more are going on to train as apprentices – one joining the RAF. Well done to all our students and all the very best to them in their futures!