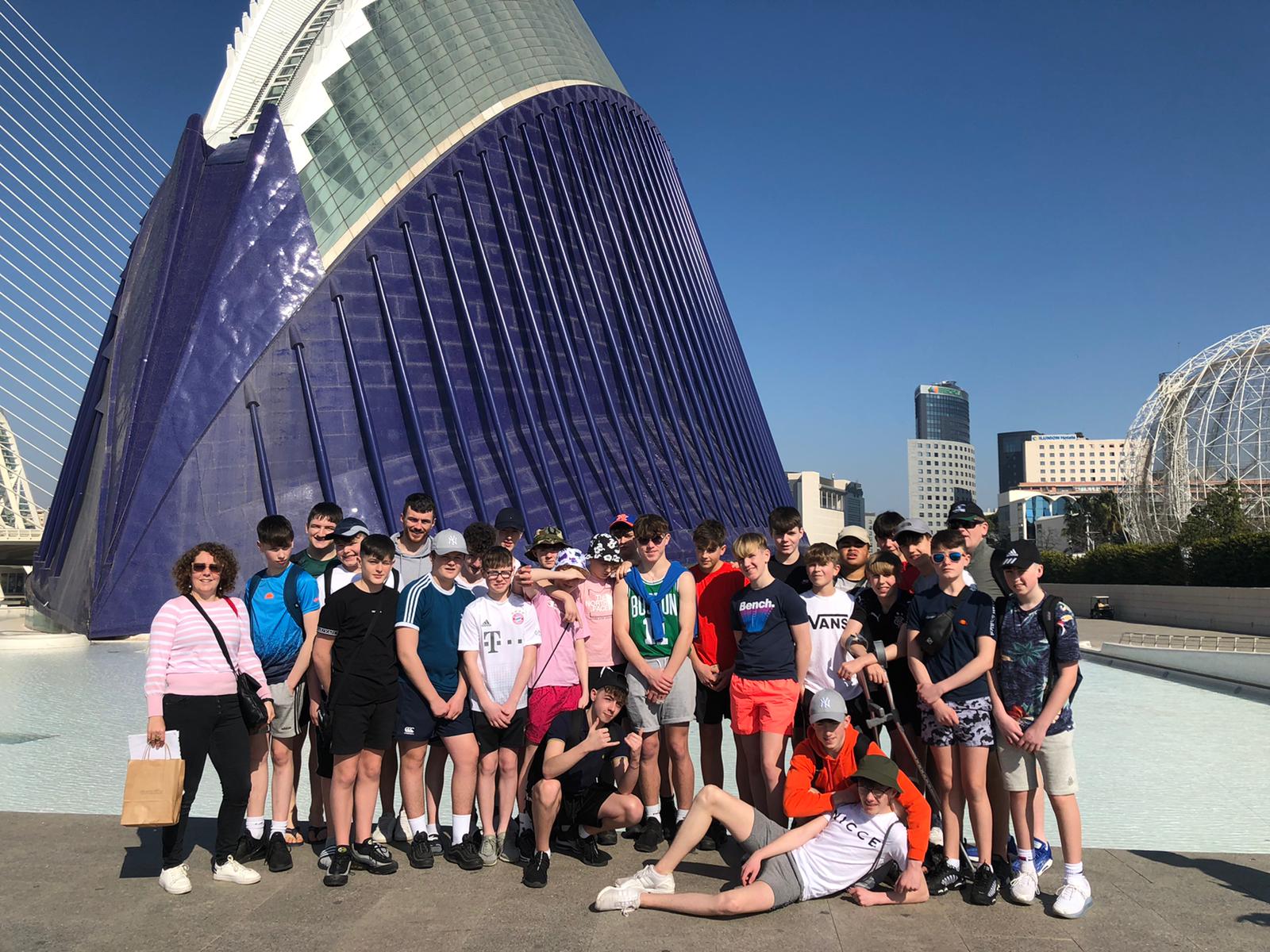 Twenty-six  U15 rugby players from SGS returned to Sligo last weekend after a hugely successful team trip to Valencia, Spain. This was a team-building trip for the U15s who will be forming the back-bone of next year’s Junior Cup Team. During the week away the boys got to experience something of the culture of Valencia. They visited the  Ciudad de las Artes y las Ciencias where they saw an exhibition about the brain and how it works, performed tests of strength and saw the Fallas – huge figures made for the spectacular Fallas Festival in March. The boys toured around the city of Valencia, absorbing the atmosphere as well as the sun! There was also a visit to the beach, of course, and the fearless Irish sea bathers were featured on the evening news – while it was warm enough to swim  for the SGS students, the Spanish thought it was too cold to be in the water! There was also rugby, of course. The team trained in the local community pitch and played against two teams from Valencia – Valencia RFC and CAU Valencia, the Spanish champions. SGS won 3 tries to 1 against Valencia RFC and lost 3 tries to nil against CAU Valencia. Second Year Spanish language students also got the unique opportunity to do their CBA with a local school and found the experience very rewarding and successful. The week was rounded off on Saturday morning when the boys were treated to an open-air  feast of paella by the two rugby clubs. The whole trip was a great success and a memorable one for the boys. Thanks so much to Ms Martin, Diarmuid O’Dowd-Hill and Mr Staunton for giving up their time for the U15s. See some photos HERE