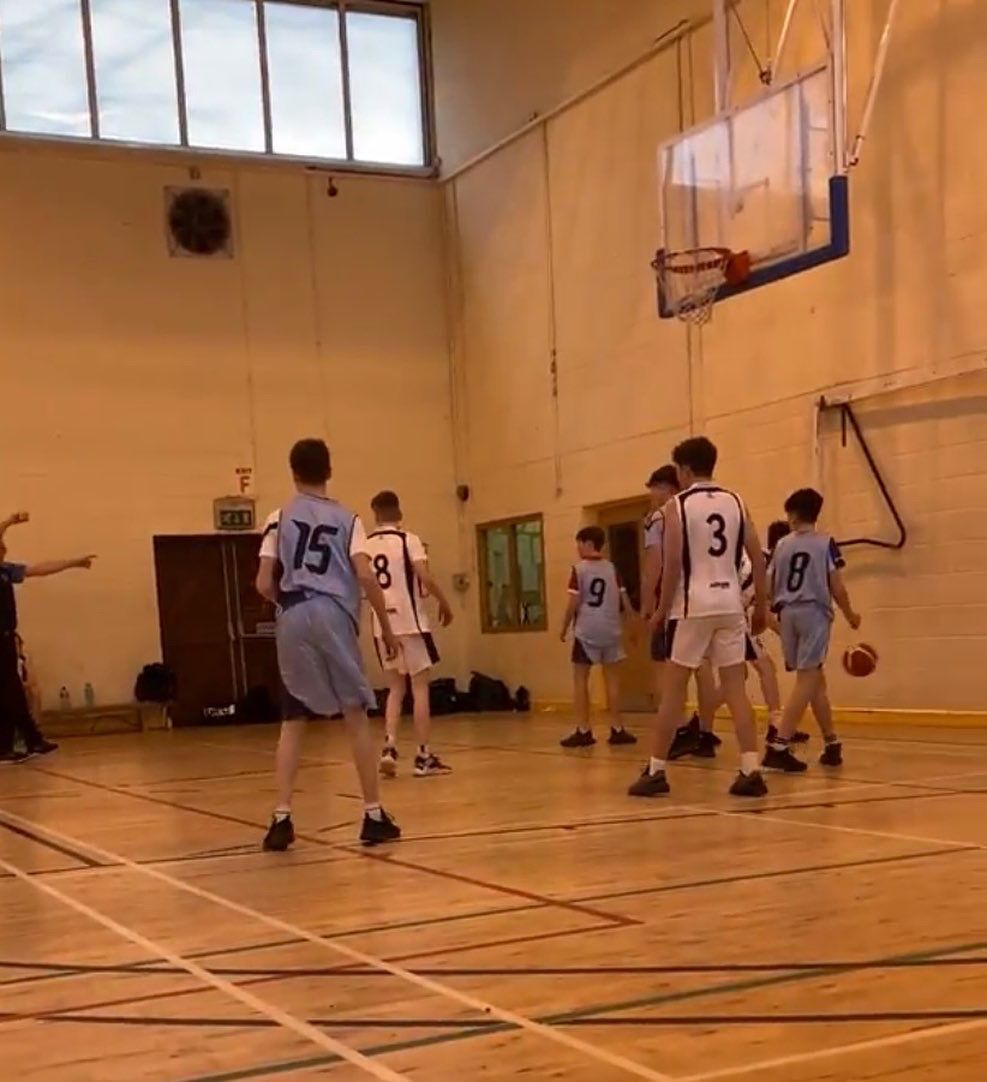 Through to the Final!

Last week, on Friday 11th March, Sligo Grammar School 2nd Yr Basketball Team won the north West League Semi-Final, beating St Gerald’s  College, Castlebar. Sligo Grammar started off with an 8-0 lead in the first 3 mins with Jasper Gimena leading the way and Ben O’Connor chipping 5 points off fast break runs. St Geralds gained their composure at the end of the quarter to finish the first quarter down by 8 points. At the start of the second, Sligo Grammar came out a little lethargic. We were beat to the basket with passes thrown over our heads, leading to easy scores for St. Gerald’s. We got  several baskets at the end of the quarter and still retained the lead going into half-time with a score line of 22-17. At the start  of the third quarter  both teams attacked back and forth but St Gerald’s made a run through the hands of their big man, Luke Lydon, and their guard, Jack Lynn, who scored most of his points in the first quarter, but was a steady influence in the last two quarters. Zac Henry was terrific on defence in the third quarter and got us a basket when we really needed it.  Bobby Hanrahan, Kelvin and Kenneth Kalu were integral to the win in their defence and rebounding. as was Mark Bradley, Djino Kaniki and Sean McKeon who gave valuable minutes throughout  to keep us in the lead. Djino scored some fantastic baskets at the end of the game and made some great passes to the Kalu brothers to give us a 12 point lead that ultimately reduced to 8 for the final score of 42-34. Leading scorers were Sligo Grammar’s Jasper Gimena (11),  Kelvin Kalu (10),  Zac Henry (7),  St Geralds Luke Lydon (14),  Jack Lynn (7).

Well done to all the boys and huge thanks to Coach Anthony Flores. Good luck to the Team in the Finals.