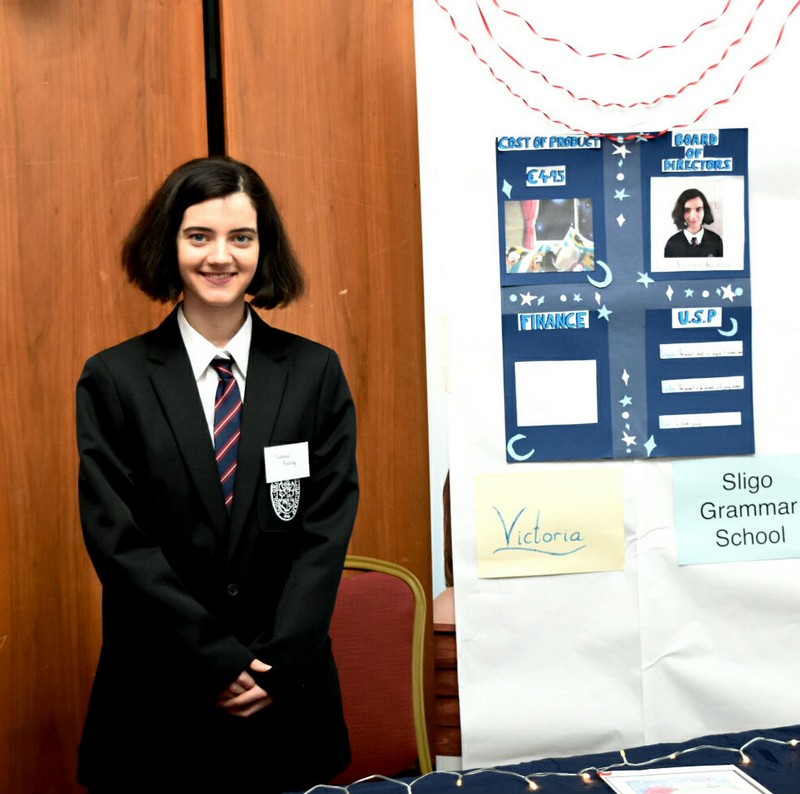 On Thursday 10th March  second Year business students competed  in the Student enterprise Awards in the Sligo Park Hotel. Three companies from the year were represented. They were “Scent with Love” (Sophie Bennett, Grace O’Sullivan, Victoria Keating & Hazel Mulvey) which makes seasonal scented gifts ; “SSIM” (Sarah Lally, Sarah Scott and Imogen Wray) which makes phone covers and “Victoria” (Victoria Keating) which is a children’s book for ages 1 – 3 yrs.  “Victoria” emerged as the winner of the Best Overall project at Intermediate level. “Victoria”, and its creator – Victoria – will represent the school at the National Finals in Croke Park in April.