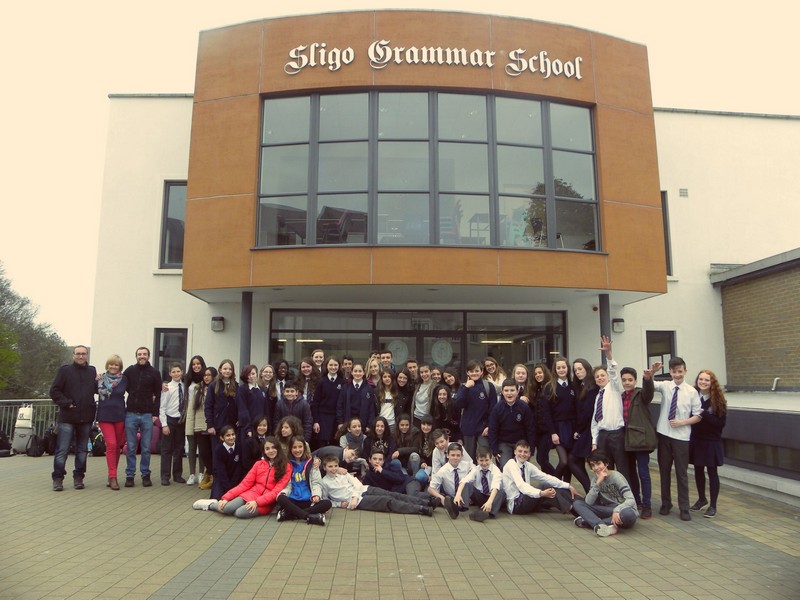 There were tears all round on Monday 18th April as Spanish exchange students boarded their bus to Dublin Airport on their way back home after five days in Sligo. This was part two of the Sligo Grammar School’s first ever cultural exchange with a European school.  In January a group of first year students from SGS went out to Spain to spend almost a full week in a Spanish school, IES. De Gongora, near Madrid.  On Thursday 14th April the Spanish students came to Sligo on a return visit. They attended classes and were taken on excursions in the Sligo area. Included was a day at the Forest Park in Boyle and Boda Borg as well as Paddle-Boarding on the Garavogue. The Spanish students, mostly from a city environment, were fascinated by Sligo and our way of life here. The Irish students made firm friends as a result of the exchange, with a few already planning to visit their new Spanish amigos during the Summer. The exchange was the brainchild of past pupil, West Roberts who is currently teaching music in Spain. He and Sligo Grammar School Spanish teachers, Ms Mary McIntyre and Mr. Guillem Robert spent many months organising this very successful exchange, and they hope to continue the link with IES De Gongora into the future . See photos HERE