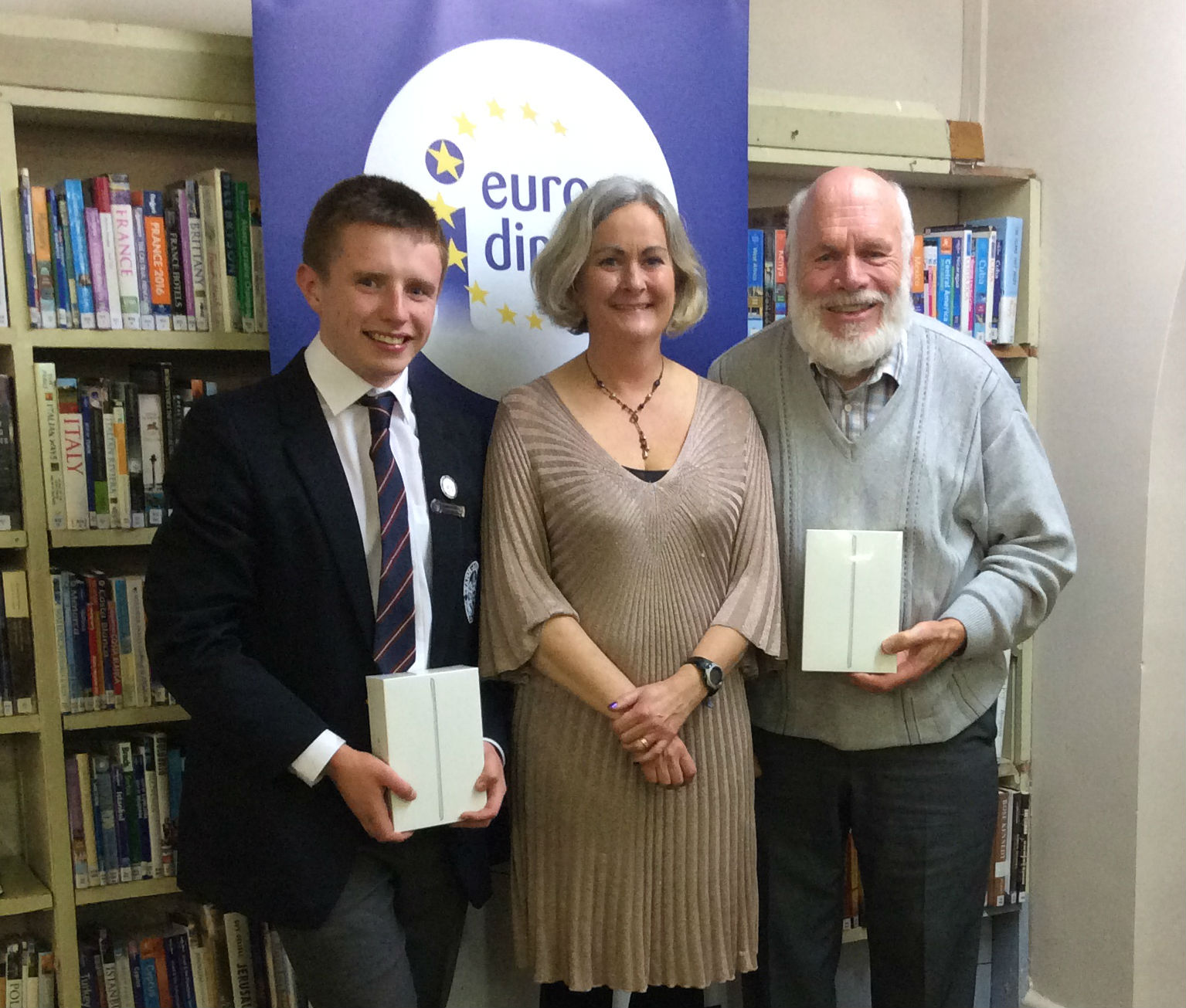 The debating year got off to a flying start this year with first and second place awards in the Europe Direct Soapbox Public Speaking Competition.

This is the third year that SGS students have won the regional final in this competition. This year the winner was Jude Perry of 6th year,with Russell Nairn, also in 6th year, taking second place. The topic was “The EU – United in Diversity”. Jude will represent the Region at the Soapbox Final in Dublin later in the term. There were 17 speakers from Sligo Grammar School competing, most of them first-time speakers from Ty and 2nd year as well as the experienced and always enthusiastic 6th year debaters. This year is also the inaugural year of the SGS Deb.Soc – Sligo Grammar School Debating Society. The Deb.Soc meets in the Khansama every Wednesday at 4pm and is open to all students from all years. As well as learning about debating and public speaking the students will participate in workshops organised by NUIG Lit & Deb Society and PhilSpeaks of TCD. They will also compete in Regional Debating Competitions as well as running Lunchtime Debates in the Sligo Grammar School. Ms Hynes, who runs the Deb.Soc, congratulates the Soapbox speakers, especially the brave first-timers, and welcomes anyone who is interested to SGS Deb.Soc.