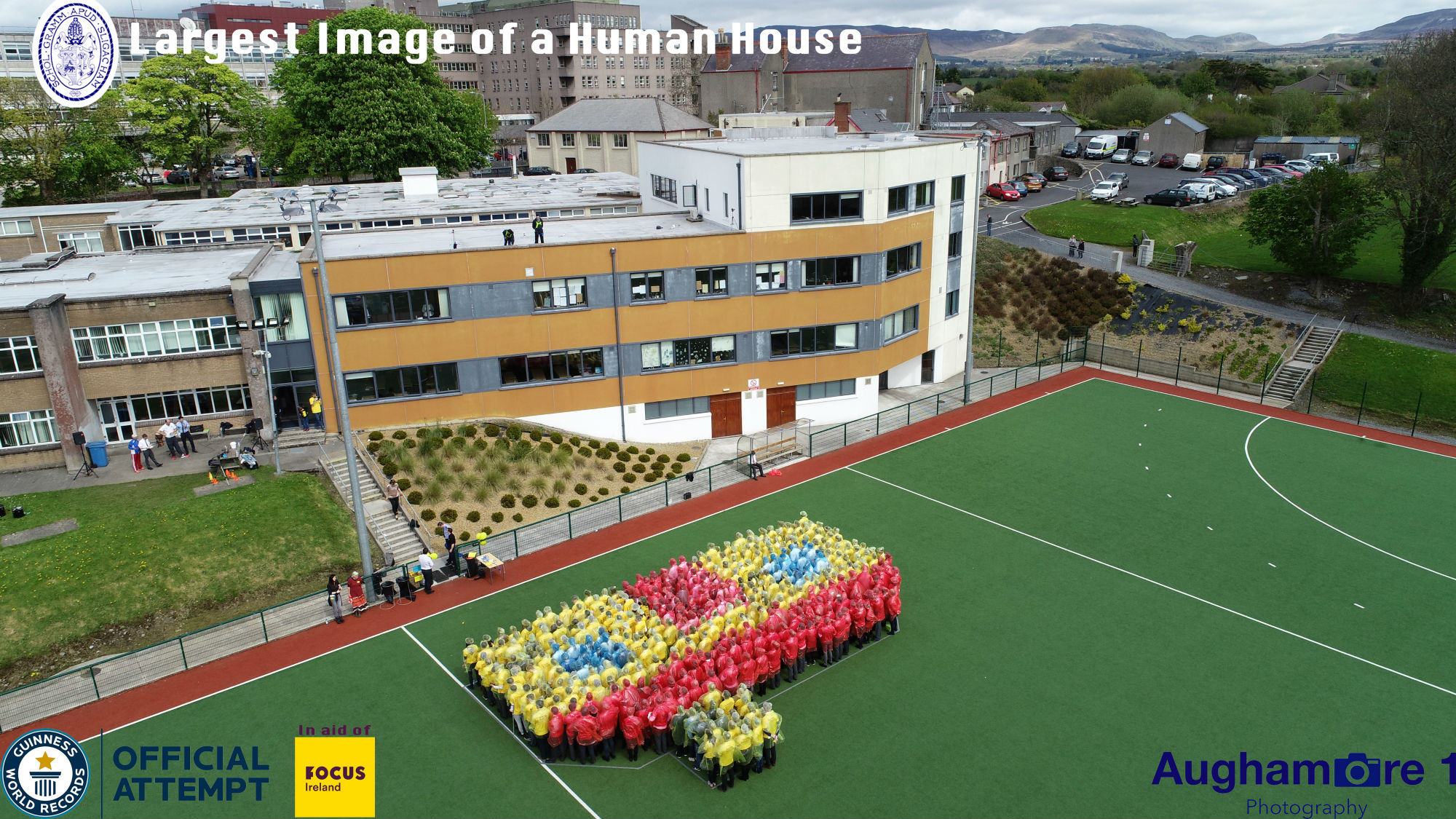 In September the word came through that Sligo Grammar School is now, officially, a world record holder! On Friday 4th May the whole population of Sligo Grammar School got together to attempt create the largest image of a human house. As well as being a record attempt, this was fundraiser in aid of Focus Ireland. 402 students and staff, wearing red, blue or yellow ponchos and hair nets gathered on the hockey pitch and formed the image of a red, yellow and blue house. They had to maintain their position for 5 minutes and, counted down by Mr Cradock, everyone managed to do just that. Over €2,000 donated to Focus Ireland, and for the staff and students it was a fun project that created a great sense of community within the school. Now we are delighted to see that we are featured on the Guinness World record site with a new World Record ! Visit the Guinness World Record site and see Sligo Grammar School’s achievement!