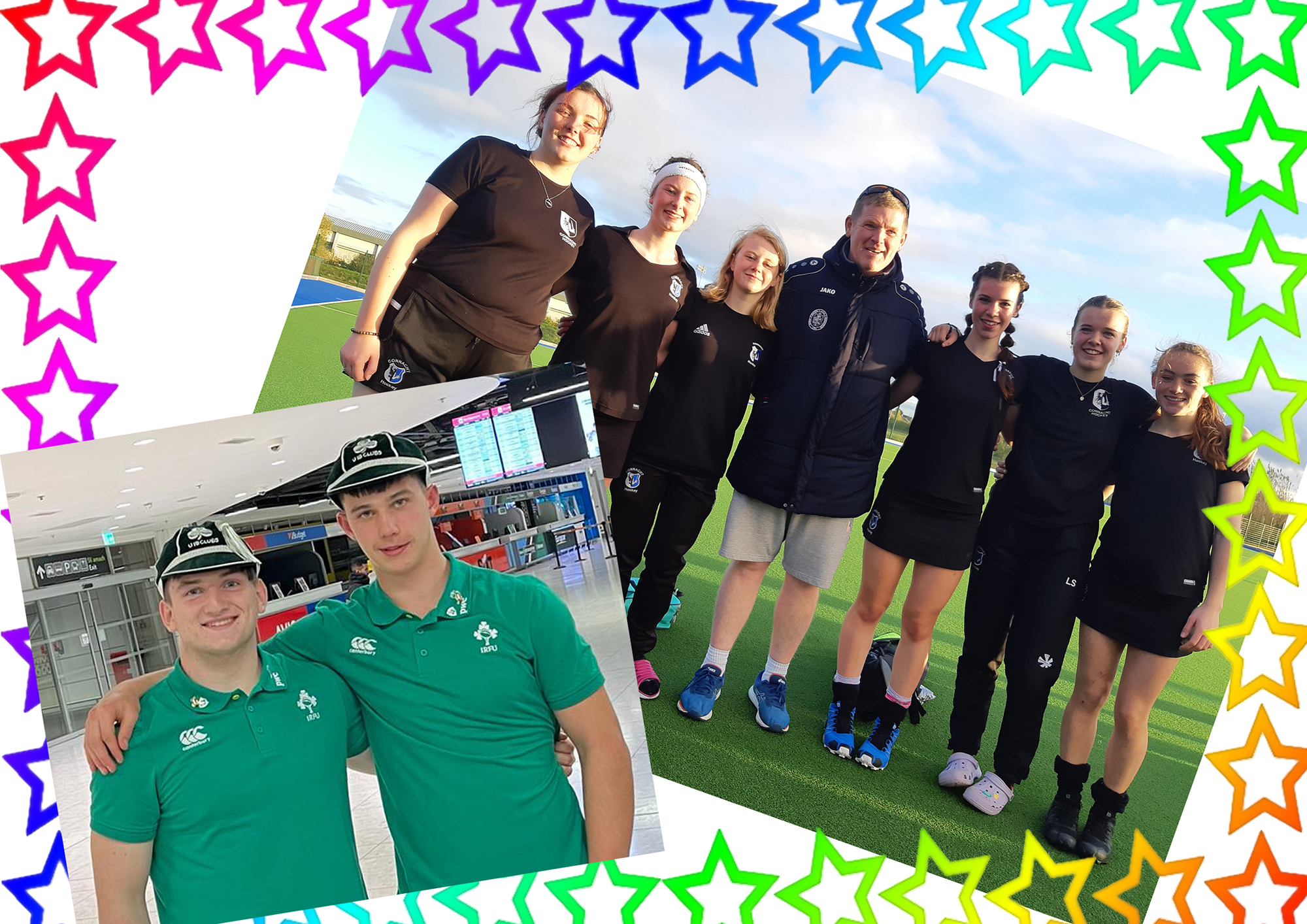 The October mid-term break was a very successful one for both SGS hockey and SGS rugby players. We were very proud of our hockey girls who represented Connacht in the Inter-provincials in Athlone  and Limerick on both weekends of the break. Third year student Eabha Daffy was on the U16 team while no less than five SGS girls were on the Connacht U18 team. They were Meabh Gillmor, Lara Swann, Sophie Swann, Maebh McLoughlin and Saoirse Lawley.  In the first match against South Leinster, Connacht emerged victorious at both U16 and U 18 levels but unfortunately Connacht came out runners-up to Munster in the second match. Well done to the girls on being called up for Connacht! In rugby two of our senior rugby boys were selected to play for Ireland on the U18  rugby squad. They were Ambrose Bamber and Arann Platt. The boys travelled to Italy over the break where they won their match against Italy In Rome. The final score  was 43 – 10 to Ireland, with both Ambrose and Arann scoring  Irish tries. Well done to both boys.