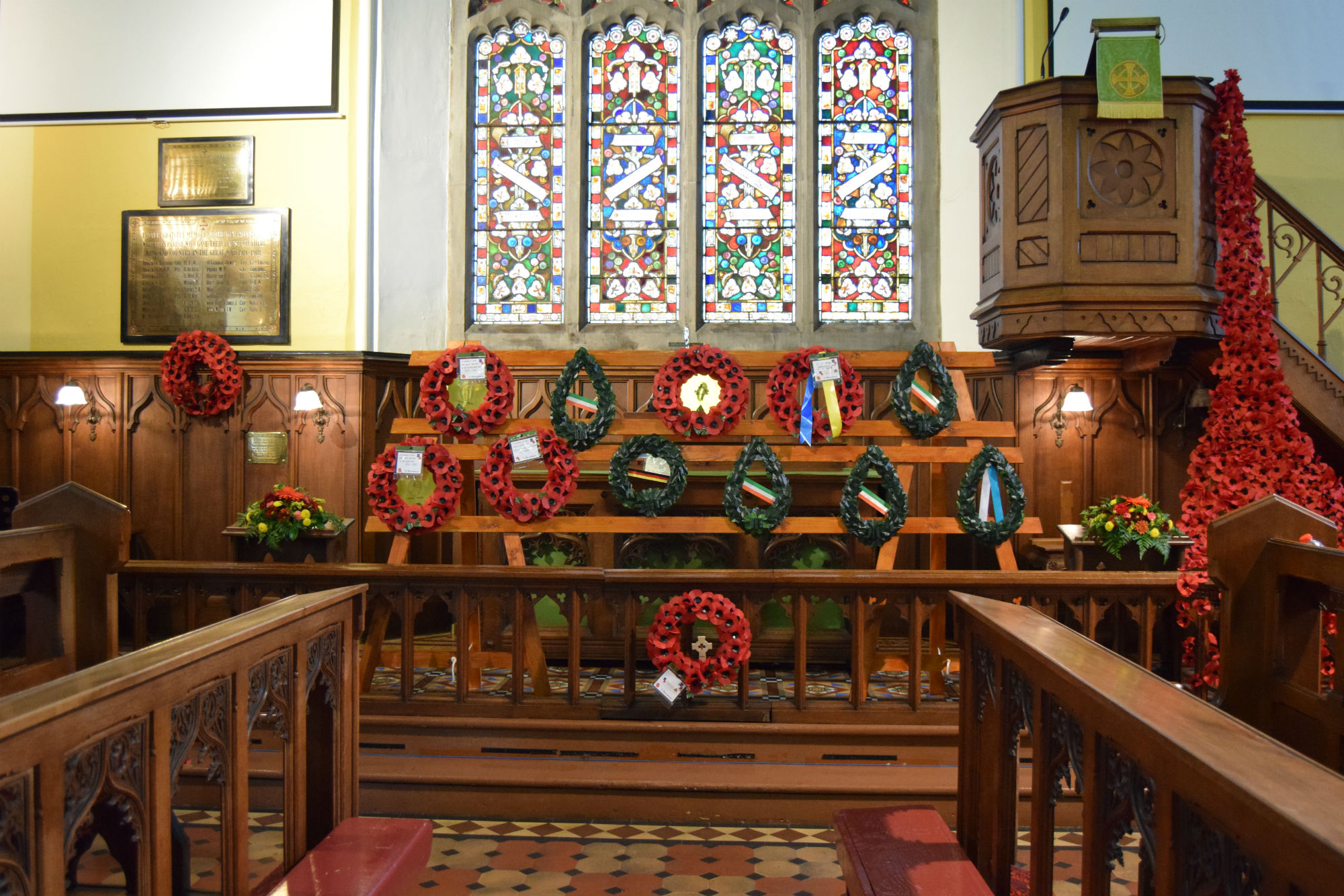 Service of Remembrance and Reconciliation

On Wednesday 14th November Sligo Grammar School held a special Service of Remembrance and Reconciliation in Calry Church to remember the fallen of both World Wars, in particular World War I. The school laid wreaths in remembrance of the pupils of Sligo Grammar School who died in both World Wars. There were many special guests at the service who laid wreaths in tribute to the fallen. The Lord Lieutenant for Co. Fermanagh, Viscount Brookeborough, KG, laid a wreath in remembrance of Allied Soldiers who fell in WWI. Frau Deike Potzel, the German Ambassador laid one in remembrance of all soldiers who died, while Ms. Mary Lou McDonald, leader of Sinn Féin, laid one on behalf of all the Irish soldiers who fell. The Irish Defence Forces, An Garda Síochána and the Irish UN Veterans Association all laid wreaths in memory of their own fallen comrades. A wreath was laid for the Royal British Legion, Republic of Ireland and a special wreath was laid in memory of the many IRFU members who died in the First Wold War. The service concluded with the Last Post followed by Reveille played by Mr Michael Casey and Mr Ian Hodgson. The school choir sang and one of the highlights was a fantastic rendition of The Green Fields of France. Finally a laurel tree was planted in the front garden of the school as a permanent reminder of so many lives lost. The event was a wonderful conclusion to the Sligo’s remembrance ceremonies which were such a triumph over the previous weekend. SGS students had also been involved in the whole community silent march on Sunday 11th and some of the organisers of that event attended the Sligo Grammar School service. See some photos on the school Facebook page and HERE