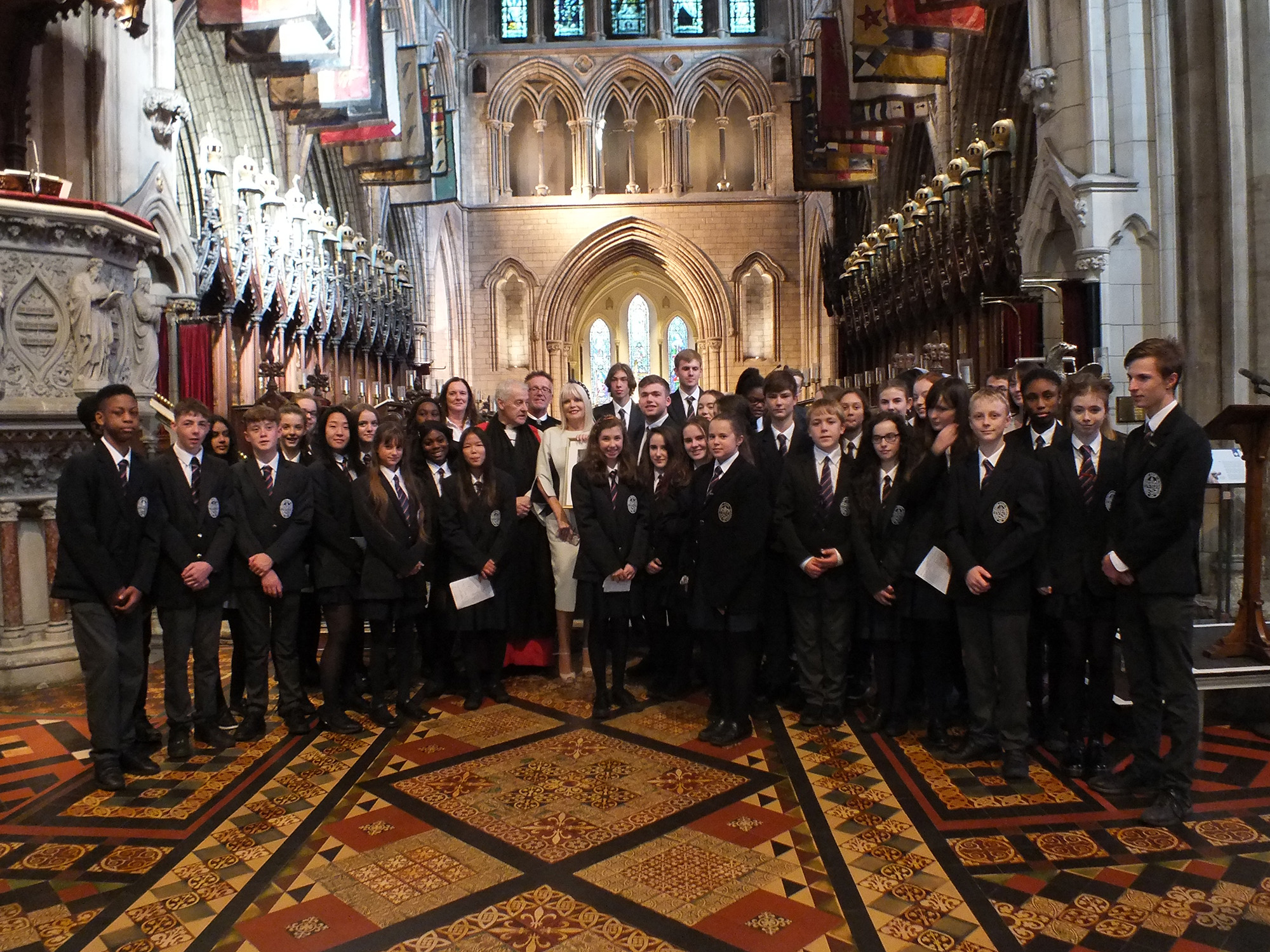 Service for the Beginning of the School Year

On Thursday 19th Sept Sligo Grammar School students and teachers travelled to Christ Church Cathedral in Dublin to join with over 20 other Protestant schools from the Republic of Ireland in a ceremony marking the beginning of another school year. This year is a particularly important one as it is the 150th Anniversary of the Disestablishment of the Church of Ireland and also the 150th anniversary of the founding of the Irish School Heads Association. The large congregation was addressed by a representative of Gaisce, the President’s Award, which was very relevant to many of the SGS students who take on the Gaisce challenge in TY. Ethan Johnston from TY read prayers during the service on behalf of the Grammar School. Later the Archbishop, Michael Jackson met the students and spoke of his fond memories of the school where he performed the re-dedication ceremony a number of years ago. Also on the guest list was Minister of State for Higher Education Mary Mitchell-O’Connor, who knows SGS as her niece and nephew were pupils here! Small world!