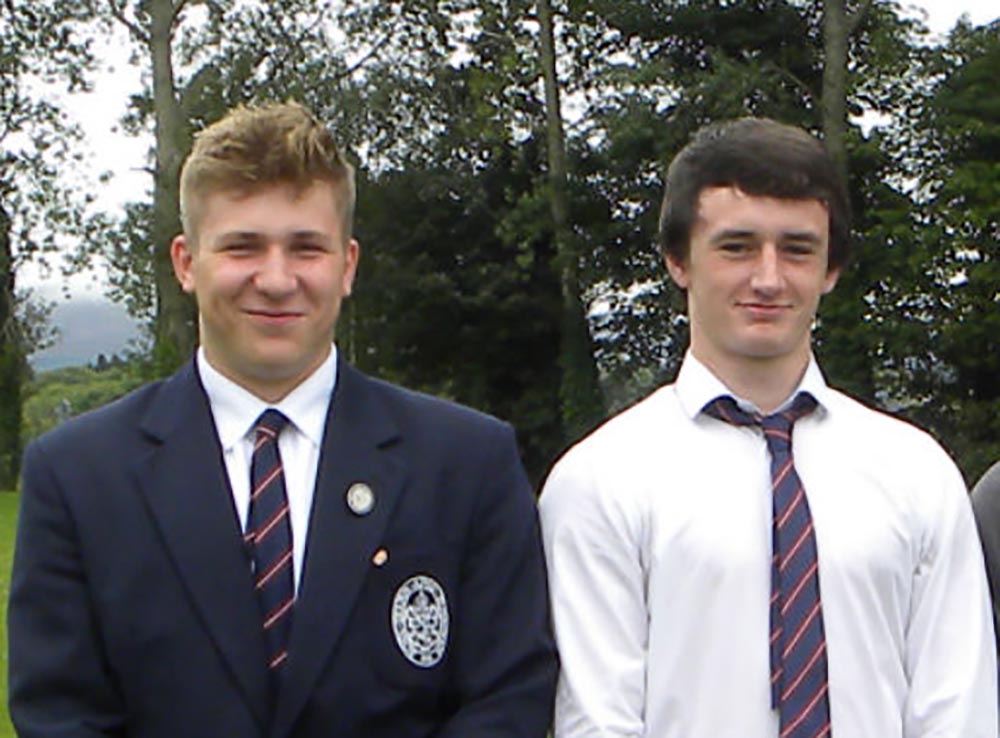 Rugby Team of the Year

Sligo Grammar School Senior Rugby players, Kuba Wojtkowicz and Graham Kerr were honoured on Saturday 29th April when they were presented with special jerseys to mark the occasion of their selection for the Connacht Schools Rugby Team of the Year. This award, sponsored by the Irish Independent, identifies the best schoolboy players in the province in each position on the strength of their performance in the Connacht Schools Rugby Cup. Despite our Senior Team not reaching the final of this year’s Cup, two of our players were chosen for the Team of the Year. Graham was picked as one of the best backs in the province while Kuba was chosen as tighthead for the team. Well done to the boys who have worked so hard as members of the school’s rugby teams since they were in first year. As they face their Leaving Cert. exams in June we wish them all the best for their futures – both in their studies and in rugby.