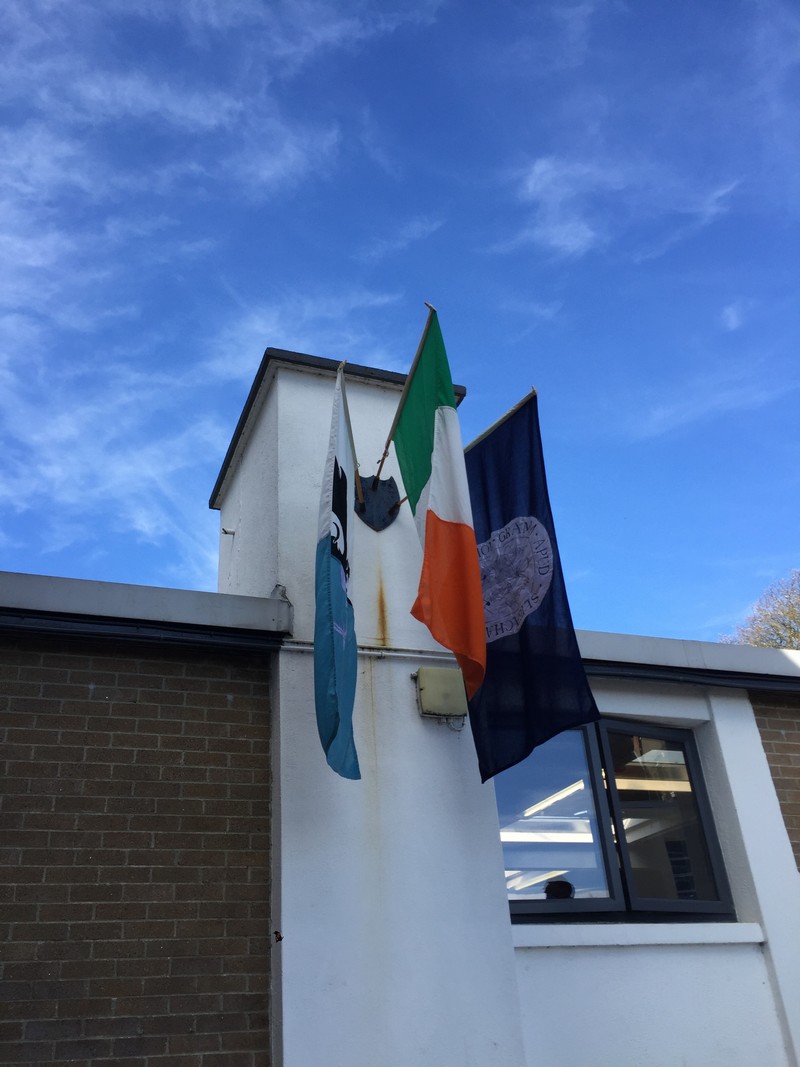 On Tuesday 15th March, along with every school on the island of Ireland, Sligo Grammar celebrated Proclamation Day. One of the main events to mark the centenary program for Ireland 2016, schools across the country raised the flag and read the proclamation.

At a special assembly, the Proclamation was read, along with information of each of the signatories; a proclamation for a new generation and our national anthem, Amhrán na bhFiann was sung.

Following the assembly, the whole school gathered outside reception for the raising of the tricolour.

Transition Years also prepared projects on 1916 that are on display in the reception area. The projects vary from a general overlook of 1916 to detailed looks at certain aspects of it.