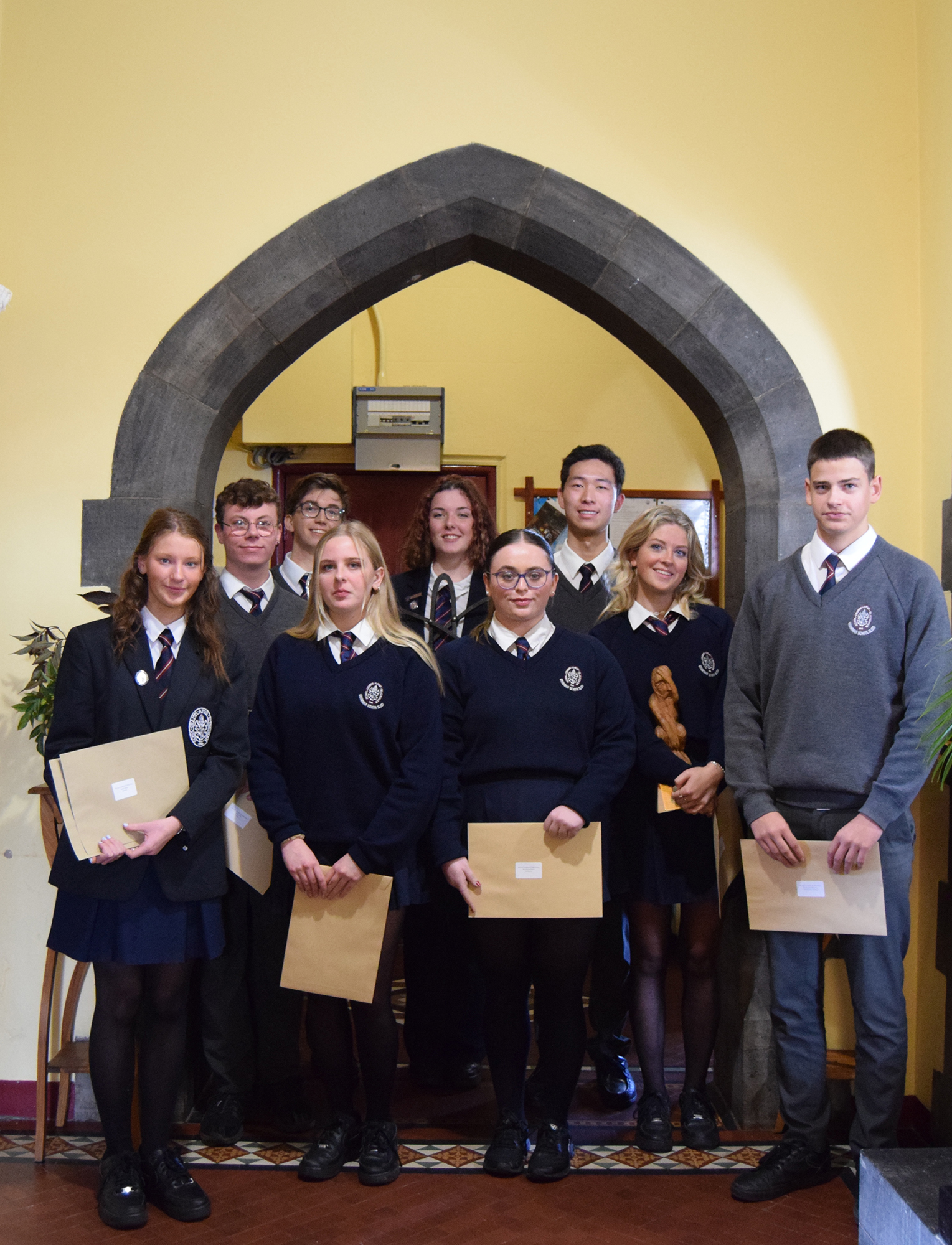 After a two-year Covid-induced pause, Sligo Grammar School held the traditional Prize Day today, Wednesday 26th October. This is the day we celebrate the achievements of our students across a huge number of disciplines. As well as rewarding academic success, SGS rewards achievements in a wide range of extra-curricular and sporting areas. The majority of prizes are awarded to students who are still in the school but two important prizes are reserved for the class of 2022. Alastair Hill was awarded the Farra Prize for the “Student who Contributed most to School Life”. This was in recognition of Alastair’s commitment to the life of SGS, which included involvement in debating, school choir, rugby, school musical, mentoring and many more. The Headmaster’s Prize went to  Conor Robinson for his outstanding academic record in the school. Conor achieved maximum points in the Leaving Cert and was an exemplary student throughout his school career. As well as prizes for academic success in all years, prizes were also given for effort in each year. Prizes were awarded for specific subjects in fifth year and activities such as canoeing, rowing, debating and choir were also given. TY students who did the Gaisce Bronze Award were also honoured as were two students who achieved the Silver Gaisce Award, Saoirse Gillmor and Dylan Hogan. Well done to all our Prizewinners! See some photos HERE