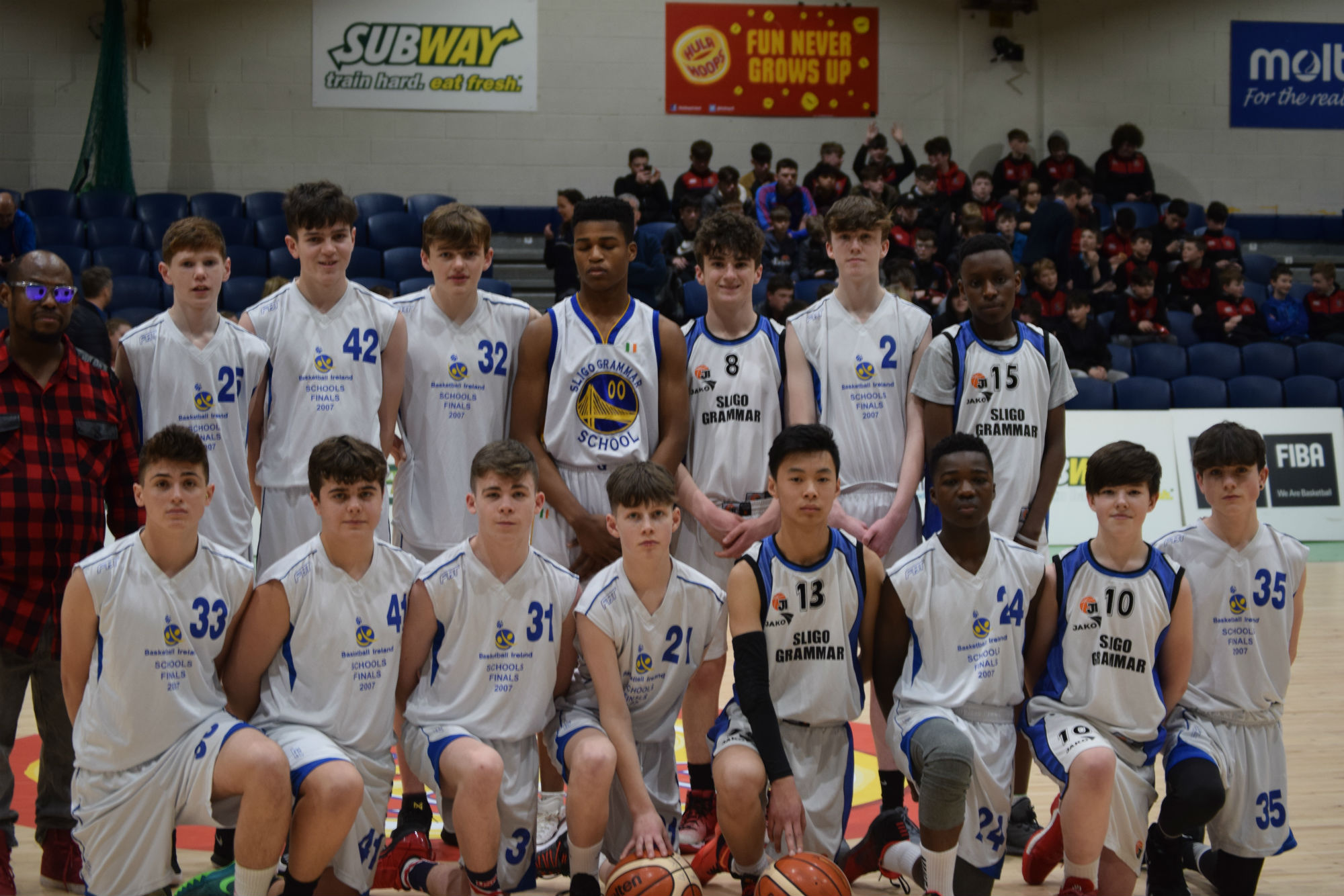 On Tuesday Jan. 23rd Sligo Grammar School emerged victorious in the U16 Basketball Schools All-Ireland Championship. They beat St. Munchin’s, Limerick in an exciting match at the National Arena in Dublin. Coached by Anthony Flores, the SGS team put in a terrific performance, winning 50 – 43. Divine Akude was awarded  MVP (Most Valuable Player) for the match. The team was captained by Mark McGlynn and everyone played a blinder!! They were well supported by a bus-load of their classmates. Huge thanks to all who came to cheer them on and especially to Coach Anthony Flores for his hard work and dedication.  See some photos HERE