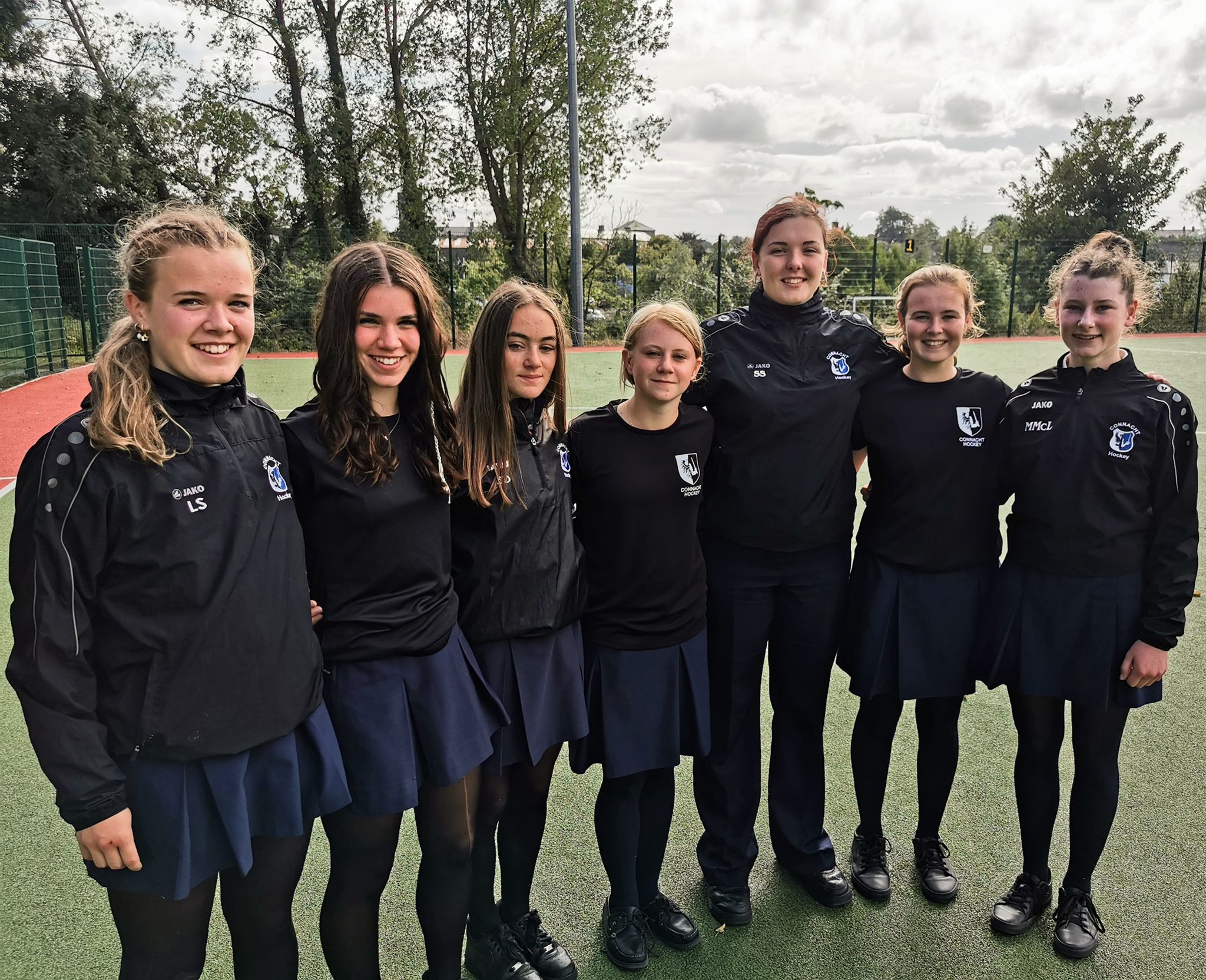 Well done to our Hockey players who have been selected to represent Connacht in this year’s Interprovincial Series. The girls who will play at U18 level are  Saoirse Lawley, Sophie Swann, Lara Swann, Meabh Gillmor and Maebh Mc Loughlin. At U16 level the SGS girls are Eabha Daffy and  Aoife Cradock. Special congratulations go to Maebh Mc Loughlin who was the only player chosen from Connacht to represent Ireland at U16  level. She played against Scotland twice in a Home Nations Series and played against England, Scotland, Austria, Holland and Spain in an international tournament in Spain during the summer. One of the biggest sporting achievements ever in our school…the last Sligo player to represent Ireland at Hockey underage was former SGS PE teacher, Elayne Mc Dermott.