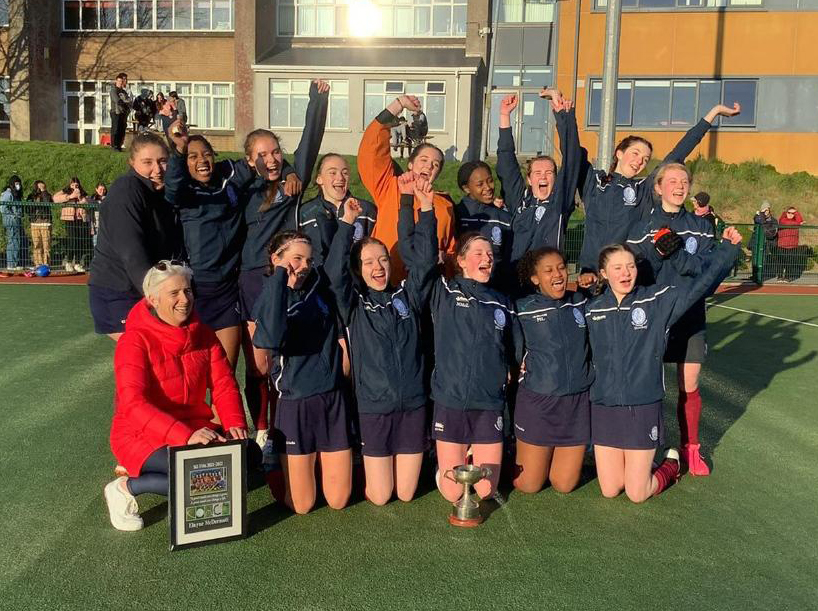 On Monday 17th January the SGS U16 Hockey Team finished a fantastic campaign by winning the U16 Connacht Schools Cup Final, having gone unbeaten all season. They met Salerno Secondary School, Galway in the final which was played in SGS. The Sligo team twice came back from behind, at 1 – 0 down and 2-1 down to win 3-2 in the end. The goals were scored by Kathrina Lambrecht (2 penalty corners) and the winner came from one of the youngest players on the team, Aoife Cradock. This is the first time a Sligo school has won the Griffin Cup since the 1980s, and then it was the Ursuline College who claimed it. This is a fantastic achievement for SGS, and particularly as we are a school with less than 230 girls in total. Well done all!! See some photos HERE