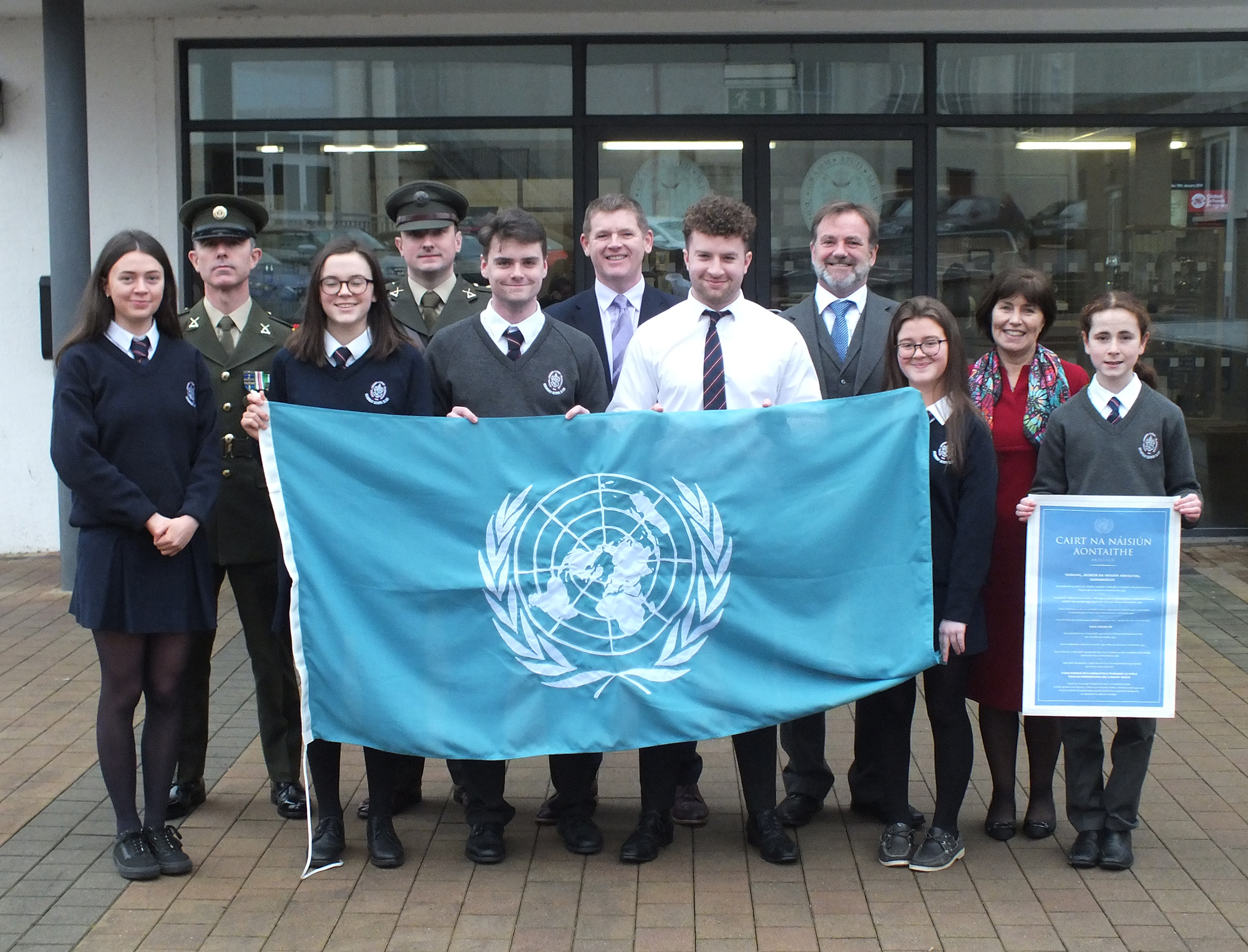 Sligo Grammar School was delighted to be chosen as one of the first schools to trial run the Global Schools Programme. This is linked to “Global Ireland” an ambitious All-of-Government programme which aims to double Ireland’s impact in the world by 2025. With the Global Schools Programme the government seeks to inform its young citizens about Global Ireland and also Ireland’s role within the United Nations. A special Whole-School Assembly was held in Calry Church on Thursday 10th January. Addressing the school were Mr. Eoin Egan and Ms. Ann Derwin, Assistant Secretary, Dept. of Foreign Affairs and Trade and Capt. Barry Dolan and Sgt. Shane Murrin representing the Irish Defence Forces. Ann Derwin spoke about the role of Ireland on the world stage. She explained how our recent history as well as our place as one of the safest and most democratic nations in the world allows us to act as impartial mediators and advisors in conflict resolution across the world. Ms Derwin also spoke about the changing role of women in Government and the Civil Service and encouraged our students to consider a career in the Government and the Diplomatic Service. Capt. Barry Dolan and Sgt. Shane Murrin from the Irish Defence Forces also spoke, with Capt. Dolan outlining the role that the Irish Defence Forces, aS part of the UN, has played in peacekeeping around the world. The assembly was concluded with the presentation of the UN Flag to the school. See photos HERE.