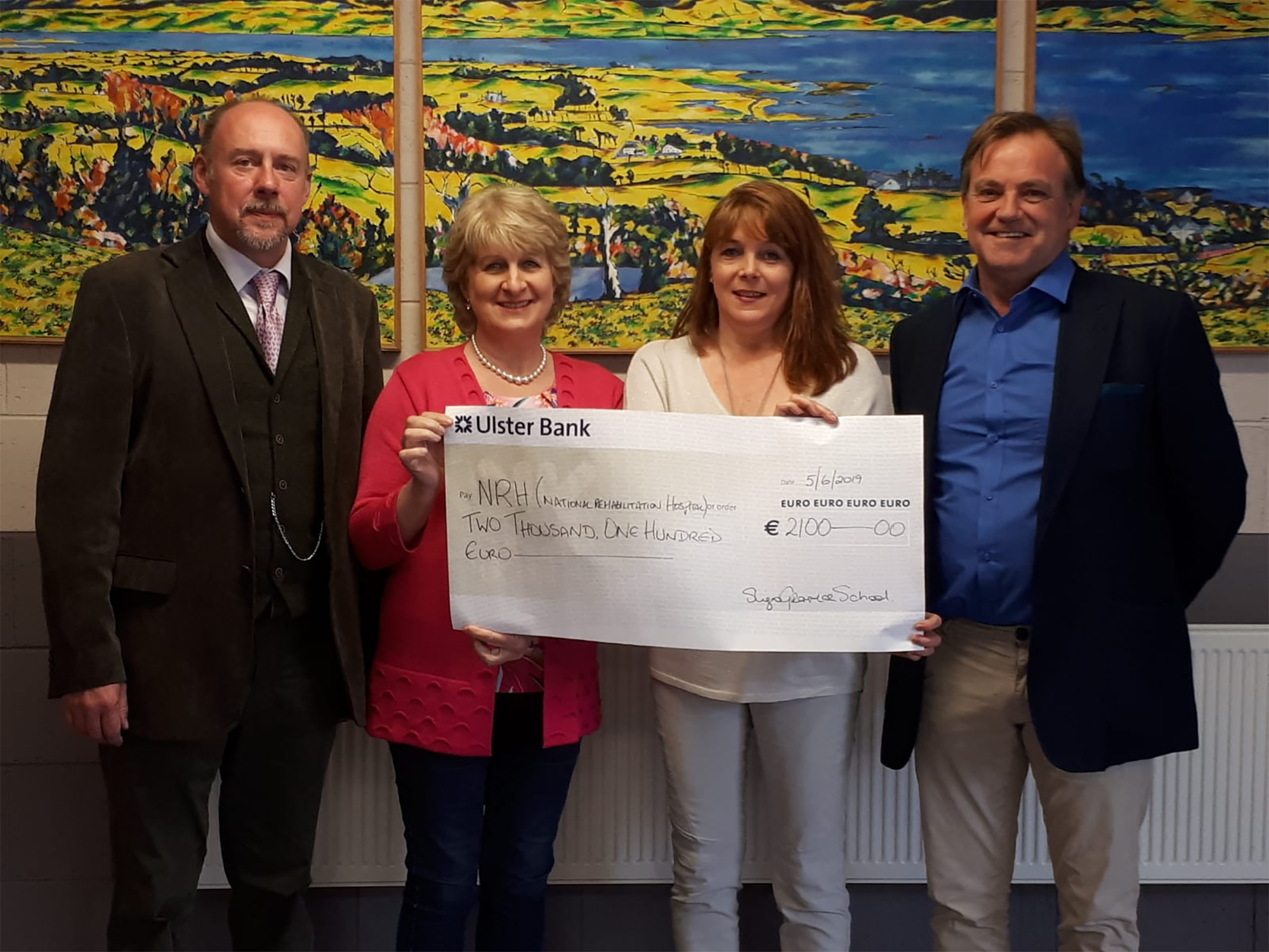 On 23rd March, Sligo Grammar School hosted a Gala Concert in the Knocknarea Arena, Sligo IT. The concert was in aid of two charities, SHOUT and the National Rehabilitation Centre in Dun Laoghaire. The Gala Concert was a great success, showcasing the talent in SGS. The choirs, present and past – with some teachers thrown in for good measure, were joined by friends and guests to provide an evening of entertainment. In all over €6,500 was raised for the charities. This week the charities were presented with their cheques. Daphne Higgins received the cheque on behalf of her son, Jonathan, past pupil and it will go to the National Rehabilitation Centre in recognition of the care Jonathan received after a serious accident. The second cheque was accepted by Marie Casey on behalf of SHOUT, the Sligo Hospital Oncology Unit Trust. A special thanks to the organisers, Jonathan Carter, Alison Irwin, Lloyd Sweetnam and the SGS Alumni.