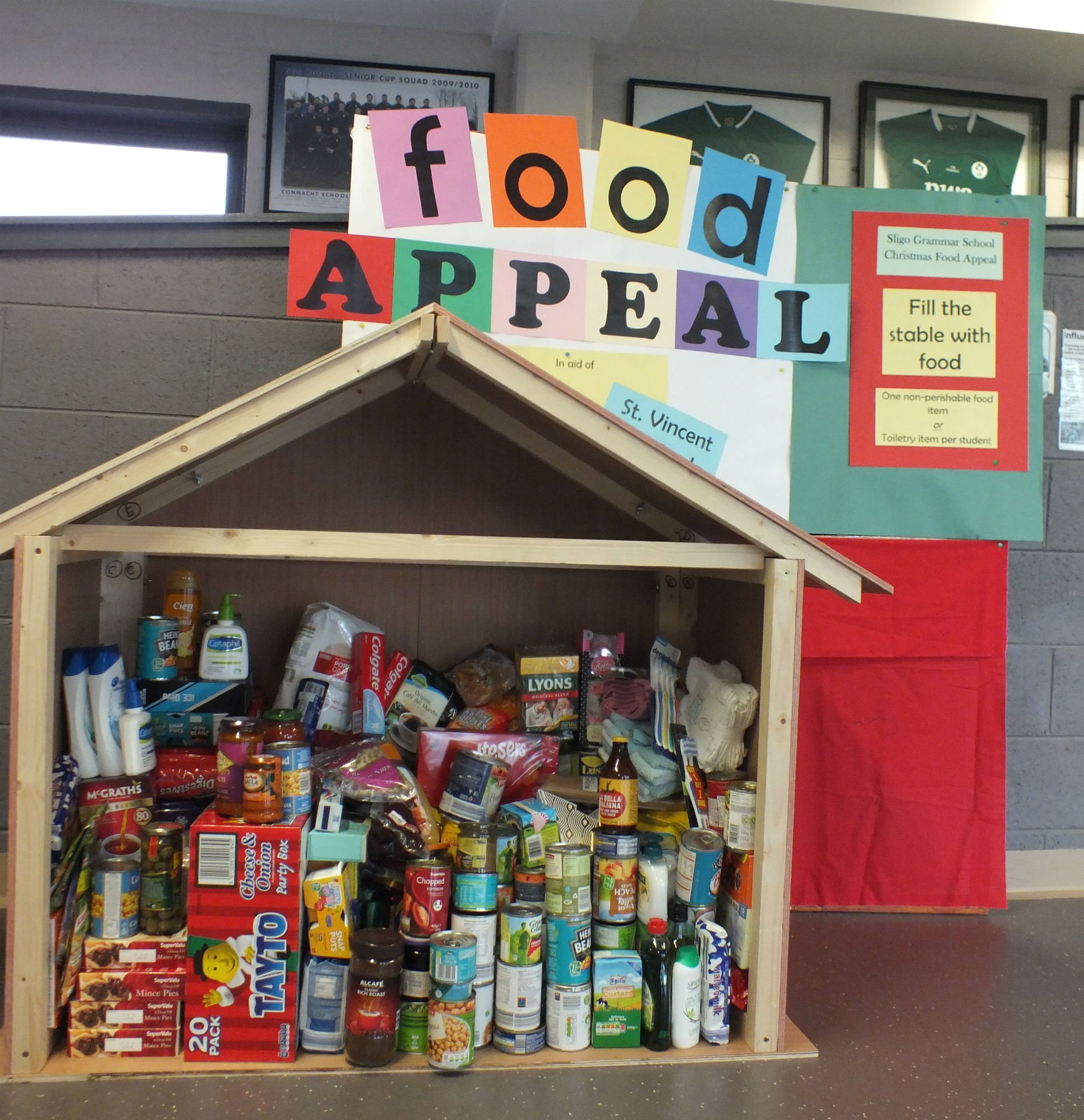 The term has been a marvellous one for fundraising in SGS. The school values the efforts the students put into raising awareness of the wider community and encourages fundraising of all kinds. Christmas always prompts drives to help those less fortunate. Sligo Social Services and St Vincent de Paul have been the focus of a food appeal and a cake sale. The Carol Service collection will be given to Sligo Social Services, St Vincent de Paul and Temple Street Children’s hospital. SVP also was presented with a hamper by 6th year busiess students. The Simon community was the recipient of funds raised from a Christmas Jumper Day, a fundraiser organised by TY students. Earlier in the term the same TY class had organised a Musical Instrument Collection in aid of the Mayo Alzheimer’s Association.TYs also did their annual Sponsored Sea Swim in aid of a variety of local charities as well as the sponsored Concern Fast to raise money for the work of Concern in the developing world. Second year CSPE students organised a music concert in December in aid of NCBI. They raised over €1000 for the organisation. Irish students collected low denonination coins lying around their homes over a 5 week period and managed to accumulate €150 for the Sligo Cancer Support Centre.We were very impressed by our International students who, with the help of the Spanish teachers, got together to organise a “Chocolate con Churros” morning where they sold hot chocolate and the Spanish treat, churros, to the students. The proceeds went to Aware. Pictures of the various fundraisers can be seen HERE