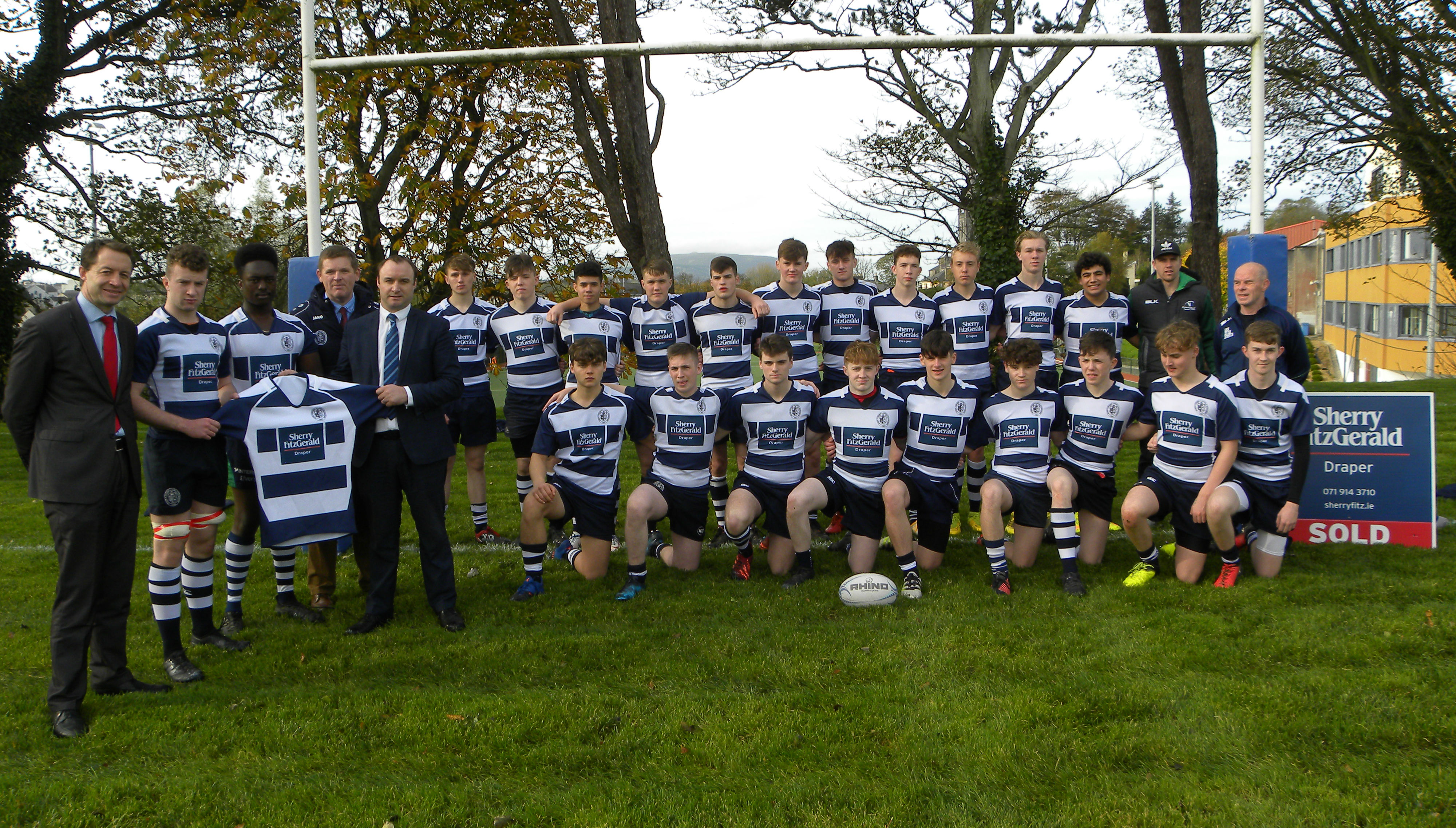 Pictured here is  Sligo Grammar School Senior Rugby Squad with sponsors Kenneth and Niall Draper of Sherry Fitzgerald Draper. The Seniors had an excellent 48 – 0 win over St Gerald’s, Castlebar on Wednesday 18th October.  This was the third game in the Connacht Schools Rugby League . After an opening win away against Summerhill and a disappointing loss away to Garbally College  this win proved a great boost to this young team. Nine of this year’s Senior Team are under 17. In the first 10 minutes of the game against St Gerald’s the SGS team had to soak up a lot of pressure from a physically much bigger team. Then the Grammar team started to move the ball much quicker and cut through the opposition defence. Three tries were scored in the first half to leave the score 17 – 0 at half time. The second half saw the Grammar School continue their dominance thanks especially to the efforts of Taylor Anderson, Lucas Del Valle, Jason Lawson-Kearns and Brian West.The half back pairing of Andrew Ward and James McDonagh kept the back line moving while the new centre partnership of Matthew Earley and William Whelan proved a great success, with Whelan scoring two tries and Earley scoring one.