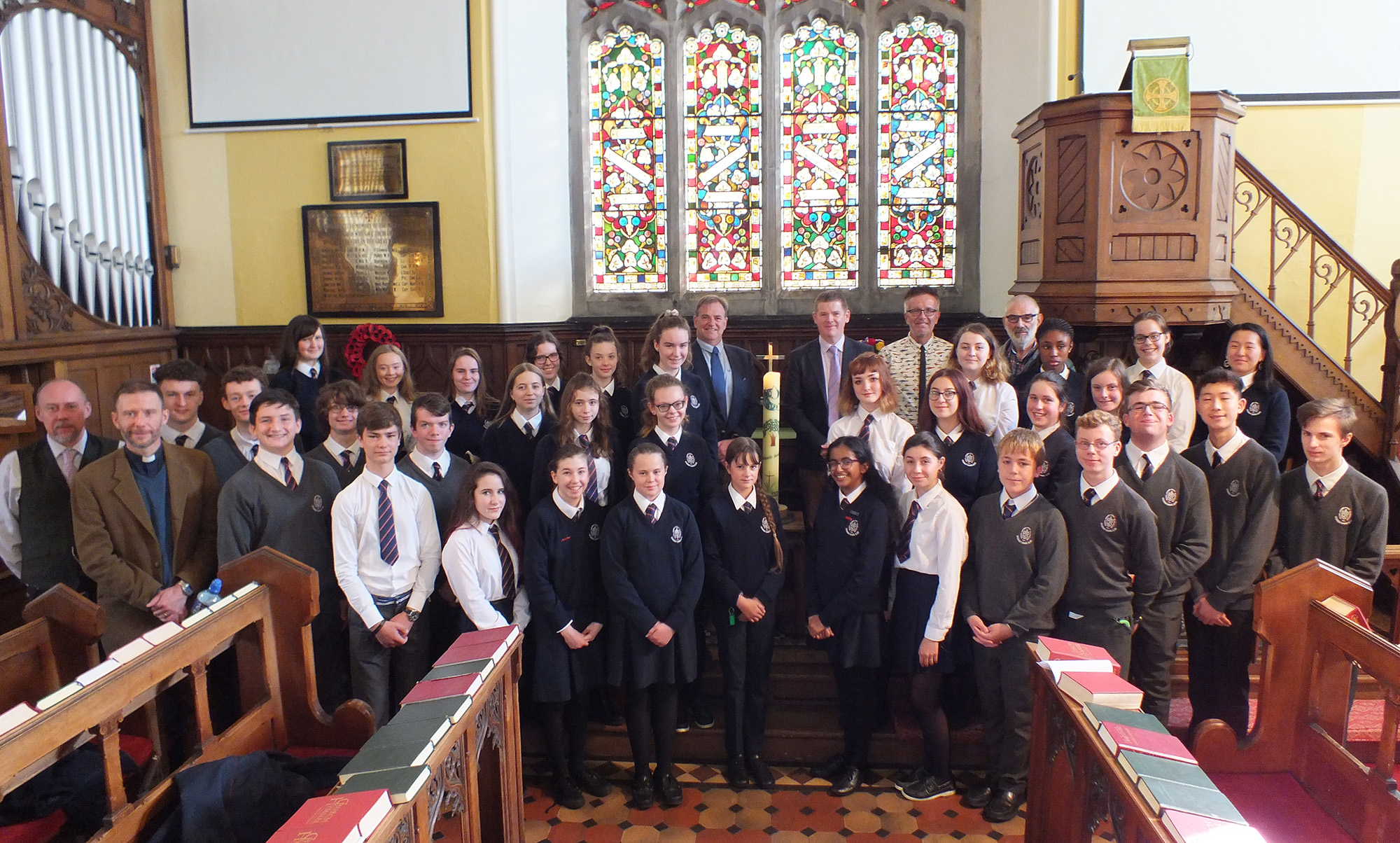 On Friday 27th September Eco-Congregation Ireland’s “Climate Justice” candle was lit in Calry Church at a Special Assembly focussing on Climate Change. The candle has been travelling the Island since the “Shine a Light on Climate Justice” initiative was launched in the presence of President Michael D. Higgins in Nov. 2015. Since then the candle has visited churches and communities from all traditions in the country, North and South, encouraging the discussion of climate change and global warming as an ethical and moral issue as well as a political and environmental one. In Calry Church the students and staff of Sligo Grammar School gathered to witness the lighting of the candle in Sligo before it moves on to the Diocese of Clogher in Monaghan. During the service led by Canon Patrick Bamber, the Headmaster, Mr Michael Hall, addressed the students on the challenges of reversing climate change, and the responsibility of each individual to make the small changes needed to do this. The school choir sang the lovely hymn “Morning has Broken “ as the candle was lit and prayers were read by students. The Grammar School is very proud to be part of this initiative as it is beyond doubt that climate change and global warming are the greatest challenges facing our students as they look towards the future.