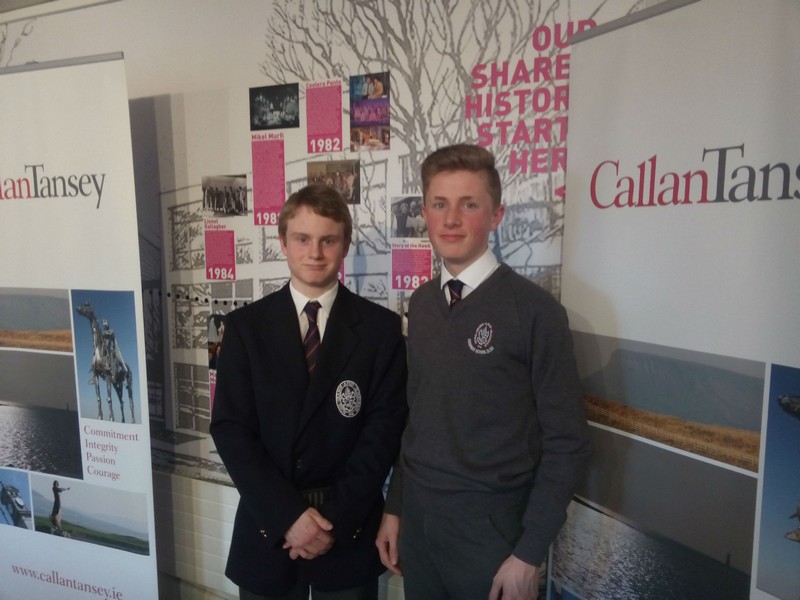 The essays were on the title “In Dreams Begin Responsibilities”. The awards were presented in the Hawkswell Theatre by journalist John Waters. Rowan received a Kindle Fire as his prize!