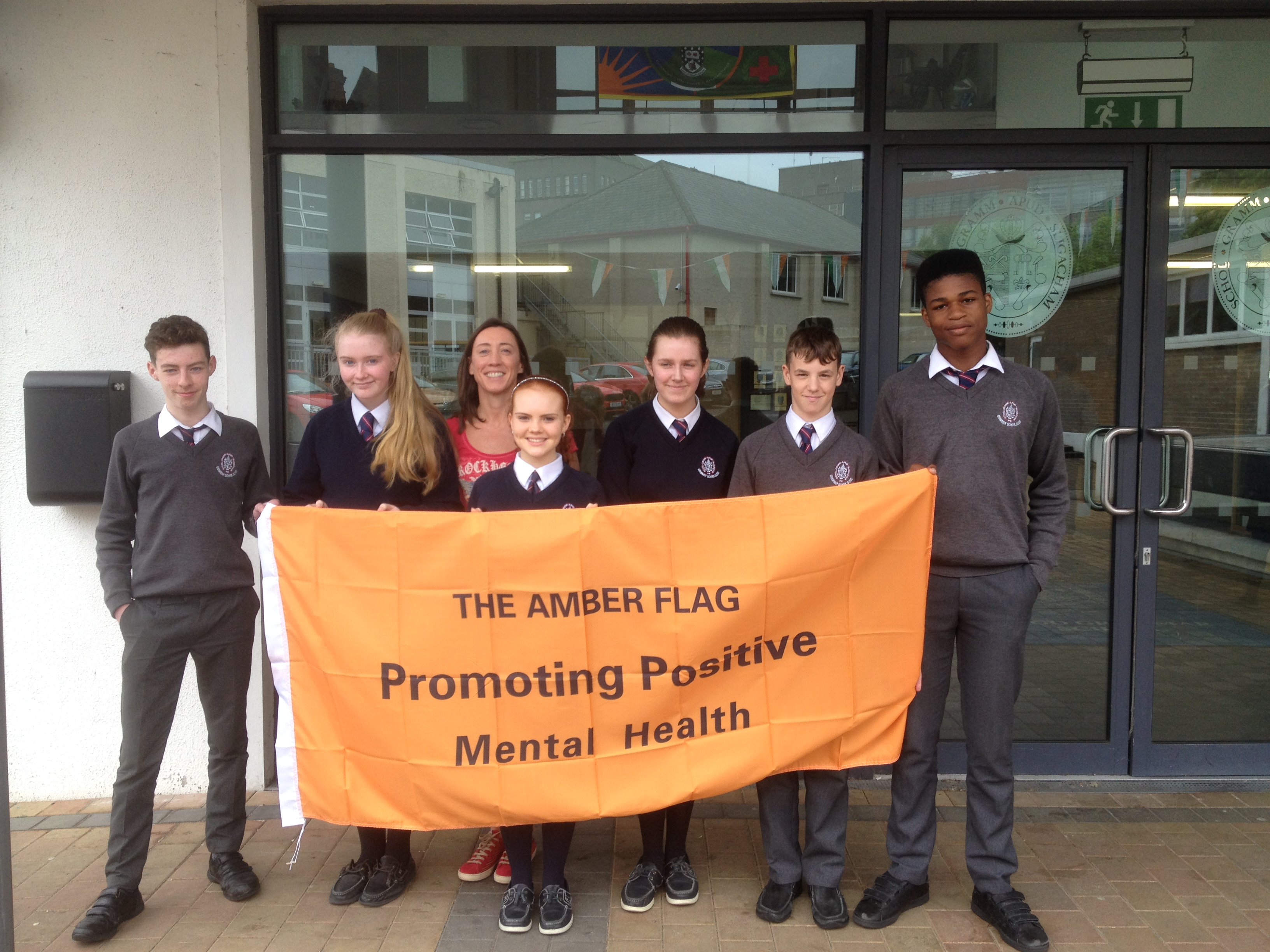 Sligo Grammar School was recently awarded the Amber Flag for Promoting Positive Mental Health. We are the first school in the country to receive this flag. It was presented to the SGS by former Munster and Ireland rugby player Alan Quinlan at a ceremony in Cork. The school received the award because of the work done this year in the promotion of positive mental health. The Positive Mental Health week that was run in the school in early 2017 was a big factor as well as other initiatives such as the Mindfulness Board, the Worry Tree, posters designed by 2nd yr Art students and the general sense of openness within the school with regard to mental health. Well done to all the teachers and students whose efforts helped the Grammar School achieve this award.