The Choir of Sligo Grammar School has been an important feature of school life for many years. Every year they sing for the Carol Service, The Remembrance Service and The Prize day Service.  Sligo Grammar school choir as it currently exists was founded in the autumn of 1986 by Mr. Alfred Potter.  The choir boasts some fine soloists and some very talented voices. They have sung on National television and radio, and have released 2 CDs. The second of which ‘What Sweeter Music’, is a selection of Christmas Carols from Sligo Grammar School. 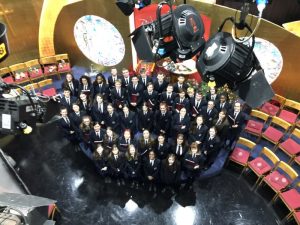 On Sunday December 8th Sligo Grammar School Choir, musicians, Head boy, Head Girl staff, clergy and representatives of the Board and Incorporated Society travelled to RTE in Dublin to record this year’s Christmas Day Carol Service. The group travelled by bus, arriving at Donnybrook at 1pm for the recording scheduled to begin at 2.30pm. Although the process was a long one, taking three-and-a-half hours in total, the experience of being in the National Broadcaster was great for everyone involved. The choir was directed by Jonathan Carter, assisted and accompanied by Mr. Alf Potter. Piano accompaniment was also provided by our German Assistant Konrad Ilgner. Traditional carols were sung as well as more unusual ones such as The Refugee’s Carol and The Wexford Carol sung as gaeilge by Kate Gavin accompanied on the harp by Eilis Needham. A medley of Christmas Carols were played by two of our trumpeters, Johannes Kavanagh and Nicodemus Milsch. The service was introduced by the Headmaster Mr. Michael Hall and led by Canon Patrick Bamber. Lessons were read by students Darragh Lawley (1st yr), Saoirse O’Donovan (3rd yr), our Head Boy, Adam Greer, and Head Girl, Grace O’Sullivan, as well as by Canon Noel Regan and Ms Fania Ellison (Board of Directors). Prayers were read by Fr. John Carrol, Mr. Jimmy Staunton (Deputy Head) and Dr. Ken Fenelly (Incorporated Society). Staff members Ms. Grainne O’Neill, Mrs Eunice Hall and Ms. Máire Hynes also travelled to RTE and provided invaluable assistance and organisation for the event! The final result was seen on RTE on Christmas Day.

The choir sang in the Annual Carol Service as well as for Remembrance Day and other events during the school year. 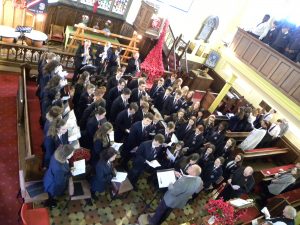 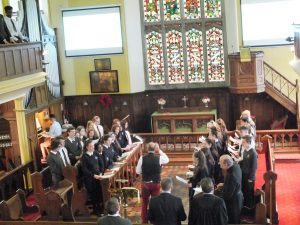 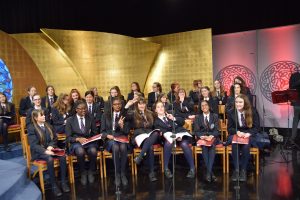 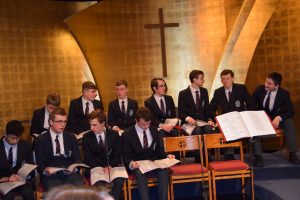 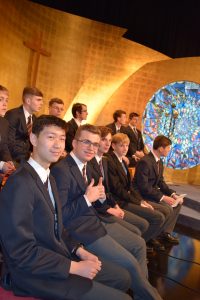 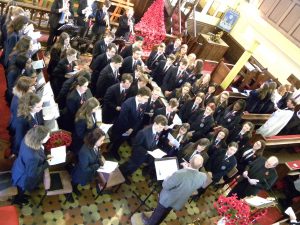 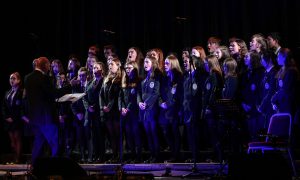 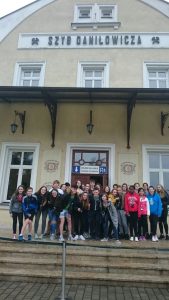 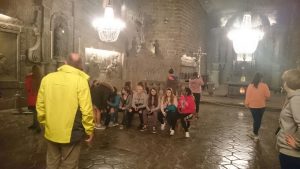 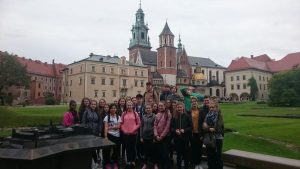 On the 18th of September 2018 Sligo Grammar School’s choir went on their very first trip abroad to Krakow, Poland. Twenty six students made the trip and were accompanied by Mr.Carter, our dedicated choirmaster as well as Mr.Potter and Ms.O’Neill.The choir performed in two concerts, one of them in a Cathedral in the centre of the city. The audience as well as the choir throughly enjoyed the experience. As well as preforming the choir were also taken to historical landmarks, such as Auschwitz concentration camp, the Jewish quarter, Wawal Castle and the Salt Mines where they preformed in the underground chapel. They also made an enjoyable visit to an activity park, a water park and a trampoline park. The students were very grateful for the opportunity to perform abroad and enjoyed every minute! Huge thanks goes to everyone involved. 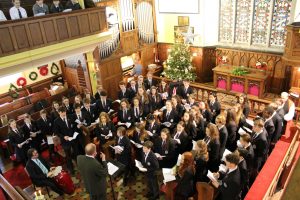 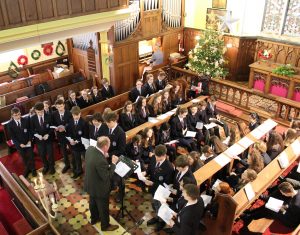 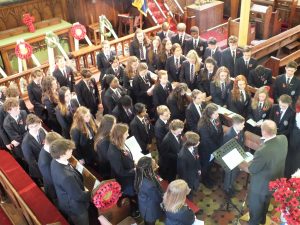 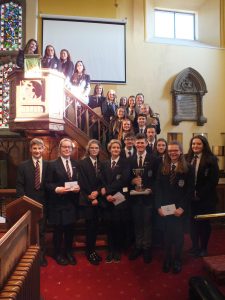 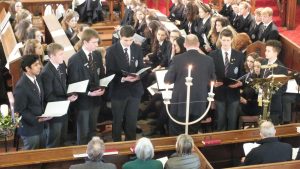 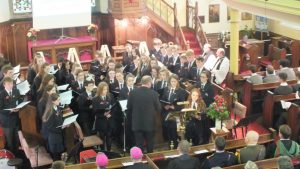 Choir and musicians sing at RTE 2015