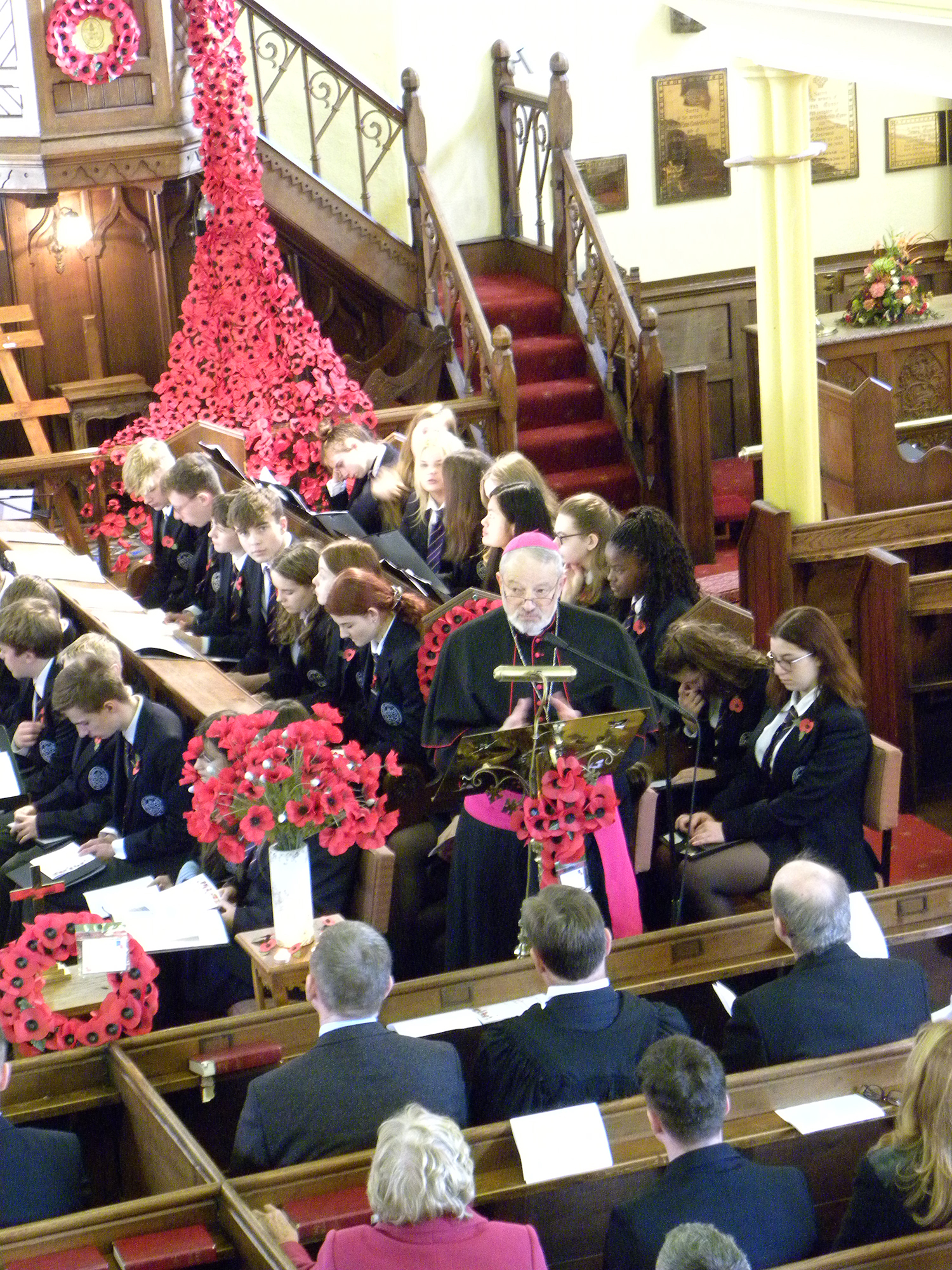 Act of Remembrance and Reconciliation

On Thursday November 14th Sligo Grammar School held its annual Act of Remembrance and Reconciliation. The school takes time every year to pause and think about the many Irishmen and women who fell in both World Wars, as well as those Gardaí and members of the Irish Defence forces who died in their roles as keepers of the peace. The service was introduced by Canon Patrick Bamber in Calry Church and was attended by the whole school. Special guests also attended, including representatives of the different Churches, the Gardaí Síochana, the Irish Defence Forces, The British Legion and Irish United Nations Veterans Association. Bishop Patrick Rooke, Bishop of Tuam, Killala and Achonry, led the prayers  while the school choir led the singing. The congregation was addressed by Bishop Kevin Doran, Bishop of Elphin, who spoke about the great sacrifices made by Irish soldiers and gardaí in the pursuit of justice.  The central part of the ceremony was the laying of wreaths to commemorate the fallen. Following two minutes of silence the Last Post and Rouse was played by German International student Nicodemus Milsch. See photos HERE