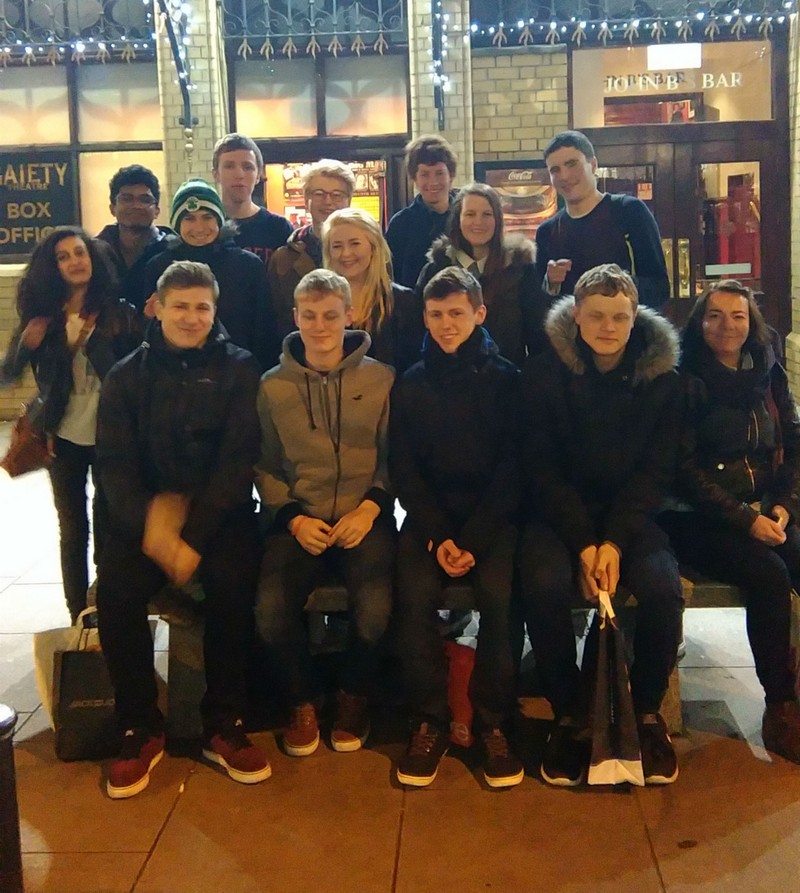 Pictured here are fifth year students who went on a special Theatre Trip to the Gaeity Theatre in Dublin to see John B. Keane’s “Big Maggie”. Visits to the theatre are not unusual in Sligo Grammar School.  For the past few years the school has run Theatre Nights in conjunction with the Hawks Well Theatre. Students from all year groups are given the opportunity to attend  theatrical productions in the Hawks Well at specially discounted prices. As part of their education programme, the theatre offers the students special rates on professional productions. The usual price is €5 per ticket, a huge reduction on the normal concession rate. For some productions the price may be higher, but it is never more than €10. We aim to take the students to at least two productions per term, though this depends on what is on and when. Last term students went to two productions, one being the excellent Blue Raincoats “The Playboy of the Western World” . This term we will organise a Theatre Night on Thursday 25th February to see “Weighing-in”, a two-handed comedy starring Isobel Mahon (The Clinic) and Rose Henderson (Fair City). In March we will take those interested to see the excellent play “Translations” by Brian Friel, who died in recent months.  The plays are open to all interested students and Theatre Nights are organised by Ms Hynes and Ms McGlone.